When a CEO talks animatedly about a product, that tells you there’s something really good about it.  That was the mood at Crown Paints head office recently, as its CEO talked about the newest baby in the paint maker’s stable.

“It’s a game changer,” says Rakesh Rao. He is talking about the Crown Italia Series textured paints., which hit the market last month. “Anyone can afford it and the other good thing about it is that it’s made in such a way that you can paint yourself.”

The Crown Italia Series textured paints, launched by Crown Paints in Kenya last month, has become an instant hit in the market.

Crown Italia Series give a rough finish for both interior and exterior walls and have become the in-thing in modern households and commercial buildings. The Crown Italia range is quickly replacing wallpapers, which are used to give more aesthetic finishes for walls but wear off within a short time.

“Initially Italia series was expensive, but through technology transfers, we are manufacturing it here in Kenya and that has really cut down the prices,” said Mr Rao.

The company has invested $200,000 (Ksh20 million) in the necessary technology to support local manufacture, which has helped reduce prices.

Now with Sh700 to Sh800, you can get Italia Series paint to cover one square metre. And that’s where the game begins to change in the paint industry, with affordability ensuring more demand of the paint. “Kenyans are looking for textured finishes with lifestyle colours,” he said in an interview with BUSINESS TODAY. “And so with 10 to Sh15,000 you can give your house the great finish that will last up to 10 years.”

SEE ALSO: Why Safaricom is no longer The Better Option

Easy to apply, this range of four finishes – Uno, Uno+, Due and Wow – aims to make the joy of colour and stylish interiors available to a much wider market. “With shifting consumer preferences and greater international exposure, Crown is seeing a trend emerge where the customer is changing their approach to buying paint and related products,” said Mr Rao.

Unlike normal paint, Crown Italia Series variants are easy to change if you desire a different colour or texture and endures dampness and wetness. “Most buildings have no water proofing and often water sips through the wall. Normal paints could peel off but Crown Italia Series withstands this impact,” he said.

The other key element is the fact that with Italia Series you don’t need a professional painter. As a house owner, you can enjoy painting as it’s been made to produce the desired texture with any paint brush, cutting off labour costs.

With about 10% of Kenyans owning houses, Crown Paints is staring at a market of more than 4 million units in Kenya alone, with the potential of earning it Ksh800 million per year in revenues. It is also targeting commercial buildings market such as hotels and offices.

He said in India, for example, where the textured paint market tops $100 million, most houses have a designer wall, supplemented with lifestyle colour and less furniture. 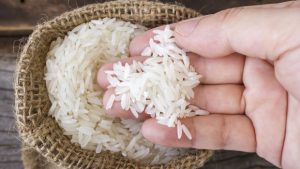 Plastic rice in Kenya? Govt response fails to allay fears
Kenya Bureau of Standards (KEBS) has denied claims that there…