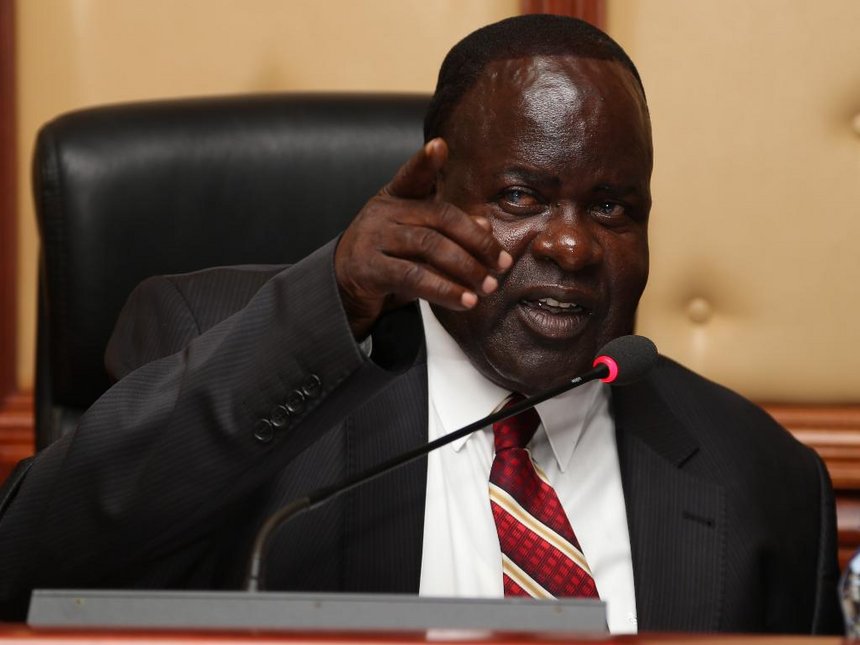 Homa Bay Governor Cyprian Awiti’s election has been nullified and a fresh election ordered in 60 days. The High court threw out the election after a petition by former Kasipul MP Oyugi Magwanga.

Making the ruling on Tuesday, Judge Joseph Karanja said the Independent Electoral and Boundaries Commission (IEBC) did not conduct a free and fair election on August 8.

Mr Karanja ordered the fresh poll on grounds the August 8 was marred by irregularities which affected the results. “Watu wa Homa Bay, itabidi mumerudi kwa debe (You will have to go back to the ballot),” Karanja said.

The court ordered IEBC to conduct a repeat election that meets the threshold set in the Constitution and election laws. Mr Awiti becomes the second governor to lose his after Wajir’s Ahmed Mohammed Abdi Mahamud, whose election was nullified following a successful petition on January 12.

If Awiti doesn’t appeal the decision, the speaker will assume the office of county governor until the election is concluded. Magwanga’s supporters burst into celebrations inside and outside the courts after the judgement.

READ: All Kenyans to start paying for water

Mr Magwanga, who cited massive irregularities in the poll in the petition, provided enough evidence evidence, according to Justice Karanja.

But Awiti’s supporters contested the judgement with others claiming it was not fair. In December, Magwanga won the first round of his petition challenging Awiti’s election on August 8.

This was after the Homa Bay High Court granted his application seeking scrutiny of all the returns in the poll. The court ordered a study of the forms37A, 37B, and 37C that were used to declare the winner.