The government has defended the decision to block Siaya Senator James Orengo and businessman Jimi Wanjigi from boarding their flight to Harare, Zimbabwe on Monday night, saying they failed to produce court orders uplifting suspension of their passports.

Orengo and Wanjigi, who are among seven NASA politicians and supporters whose passports were suspended during the crackdown that followed its leader Raila Odinga’s mock swearing in as the People’s President on January 30, were set to link up with him at the burial of Zimbabwean opposition leader Morgan Tsvangirai.

However, according to Director of Immigration Services Gideon Kihangalwa, when the two arrived at the Jomo Kenyatta International Airport (JKIA) they were not armed with the orders barring the government from interfering with their movement.

“When the two arrived at the airport, they were requested to avail copies of the said court orders but they had none. Instead, they showed some writings on their phones purporting to be court orders,” Maj Gen (Rtd) Kihangalwa said in a statement.

He added the two will be allowed to travel once such orders are served to the department.

During the airport drama, immigration officials confiscated Wanjigi’s passport following orders from above, a move that saw the two spend the night at JKIA as they demanded for its released. According to Orengo, they are scheduled to fly out at 1.30 pm Tuesday though it is not clear yet if they will be allowed to do so.

Orengo discounted the immigration chief’s side of the story, saying his officers were duly served, terming their experience as humiliating and inhuman. 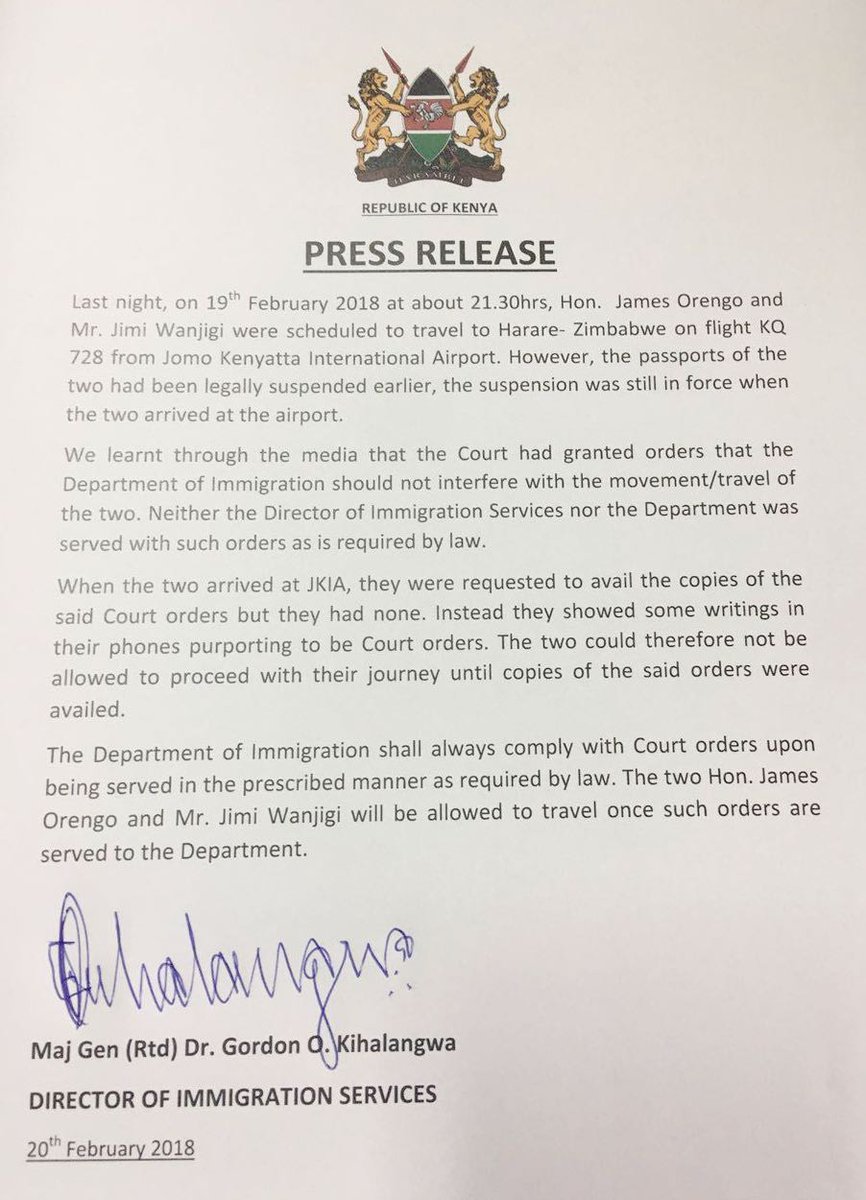