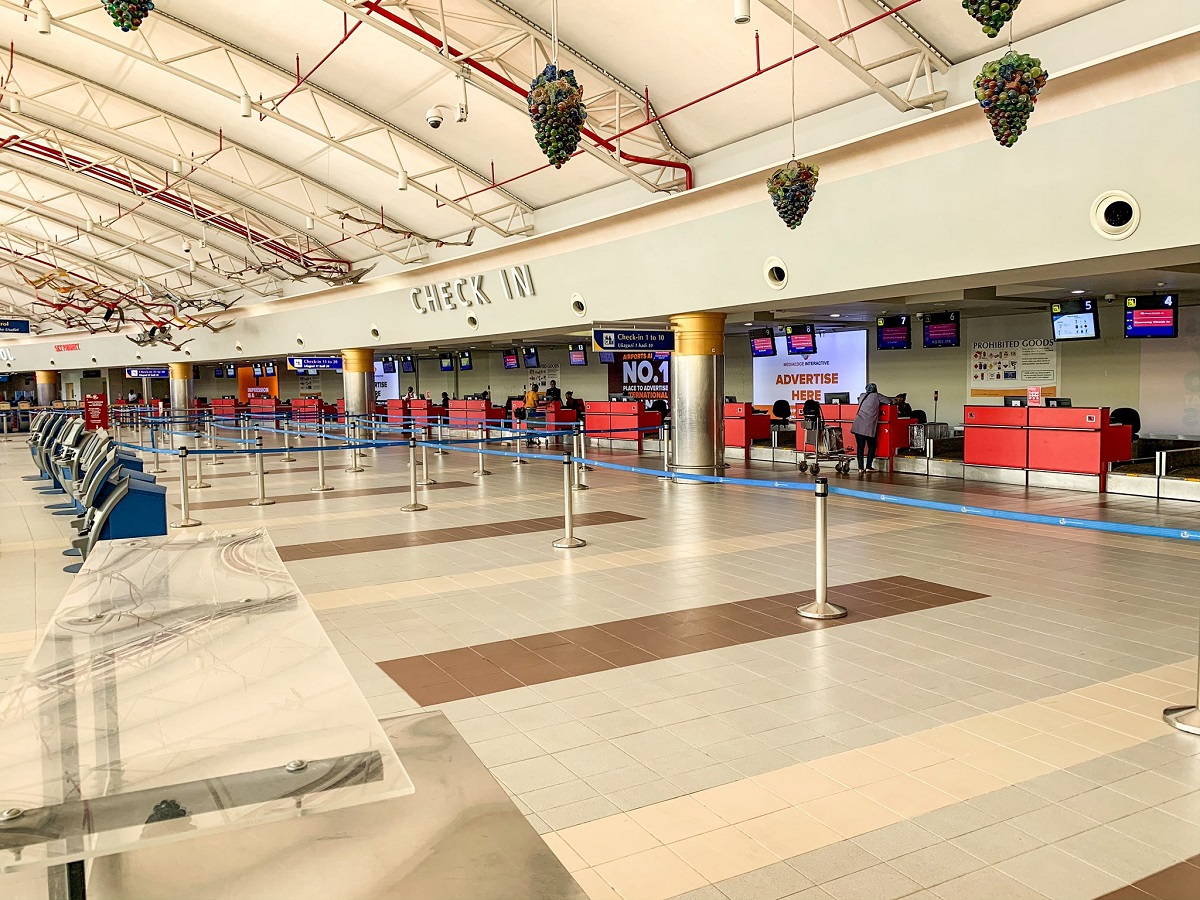 A photo taken by Larry Madowo and captioned, “I’ve never seen JKIA Nairobi this deserted.” The government has said that only Kenyan Citizens and foreigners with valid resident permits will be allowed entry. [Photo/ Larry Madowo]

When the courts blocked the arrest and prosecution of Gire Ali, the man who brought to Kenyans’ attention the arrival of Chinese despite the coronavirus outbreak, it was a relief.

For once, things were working in the justice system in the case of Kenya’ patriot whom Transport CS James Macharia thought was clout chasing and deserved punishment.

The court ordered Kenya Airways to reinstate the security chief at the JKIA after his suspension for recording a video that exposed poor screening of arrivals at the airport on February 26.

Read: How Kenyans Can Find the Right Jobs

Screening for the deadly coronavirus has been the norm at international airports but there was some laxity at JKIA which Ali had to share with the world.

After the video was shared, there was an uproar and Kenyans called on the government to ensure that the airport procedures in the face of the pandemic were followed.

Still, Kenya Airways continued flying in and outside the country with the latest being Rome in Italy which has become the second epicentre after the original outbreak in Wuhan, China.

See: How Medical Bills Are Driving People Into Poverty

KQ was still flying to the country which still is in the thick of it until again it was pressured to cancel flights to and from Italy.

While people have claimed that some Kenyans have become Sinophobic, the reality is that we have been exposed to the virus while it could have been stopped in its tracks.

Kenya has so far registered three positive cases with the government announcing a raft of measures to tame the spread of the pandemic.

On Sunday, President Uhuru Kenyatta said that only Kenyan Citizens and foreigners with valid resident permits will be allowed entry provided they take up self-quarantine or check into a government-designated quarantine facility.

“This will take effect within the next 48 hours to cater for any passengers who may be en route. This directive will remain in effect for the next 30 days or as varied by the National Emergency Response Committee,” the President said.

Additionally, the President said all persons who have come into Kenya in the last 14 days must self-quarantine while any person who exhibits symptoms such as cough or fever should present themselves to the nearest health facility for testing.

He announced the suspension of learning activities in all educational institutions with immediate effect.

“Consequently, and to facilitate a phased approach, primary and secondary day schools are to suspend operations from tomorrow (March 16),” the President said.

For those in boarding institutions, President Kenyatta directed schools to ensure that students are home by Wednesday, 18th March 2020 while universities and tertiary institutions are to close by Friday, 20th March 2020.

Also, read: Why There is no Money in Kenya, What to Do

The President advised government offices, businesses and companies to allow employees to work from home with the exception of employees involved in the provision of critical or essential services.

In order to avoid the risk of transmission through physical handling of money, President Kenyatta encouraged the use of cashless transactions such as mobile money and credit cards.

“We appeal to mobile operators and banks to take into consideration the situation and reduce the cost of transactions during this period,” he said.

Other measures announced by the Head of State include a call on citizens to avoid crowded places such as places of worship, minimizing attendance to social gatherings including weddings and funerals.

While the announcement and the state’s pronouncement on the matter is good, did it come too late or just in time to contain the virus?

With the dynamics of the disease and how it has ravaged Italy going by the latest statistics, Kenya could have done better in ensuring that the virus did not get here or spread beyond the primary victims.

What’s more, the government has an uphill task of rebuilding trust among Kenyans a majority of whom feel that those mandated to run the country have failed them time and again. With the coronavirus being a global issue, Kenya stands to win or lose the battle depending on how it treats its own now and moving forward.

Read >> Sh13 Million For Kenyan Businesses Up for Grabs

Pitch will provide green space for Church’s children as well as space for PwC staff to play and enjoy yoga and other outdoor activities.

Pressure has been mounting on the organization to change its name for several years, a situation that was exacerbated by heightened racial tensions in the United States in 2020.

It is critical to give equal importance to the food we eat and what we feed our children, especially during this COVID-19 pandemic.