Slay queens are afraid of getting pregnant than getting infected with HIV. Photo/ Glamour

The latest reports indicate that the spread of HIV has reduced since 2012. However, many girls, especially those in the cities and campuses would rather contract HIV & AIDS than get pregnant. This, too, is in spite of the rising cases of unwanted pregnancies among young girls.

Says Jacinta (pseudo name) a 23-year-old at the University of Nairobi. She says it without flinching. She is even shocked that I would imagine any girl her age would hesitate in answering such an obvious question.

On a separate instance, I ask Beryl a 25-year-old saloonist,

“Do you ever worry about contracting HIV?’’

“haha. ‘’ She gives a short removed laughter. “I mostly worry about the P2 pills failing to work,’’ she adds.

According to a new survey, about 1.3 million adults in Kenya are living with HIV/Aids, an estimated 4.9 percent of those aged between 15 to 64 years old.

The HIV prevalence was found to be highest among women, at 6.6 percent, compared to men at 3.1 percent. Multiple studies indeed conclude that women are more vulnerable to contracting the virus than men. Regardless of the vulnerability, in almost all social settings, many young girls admit to fearing pregnancy more than contracting the HIV virus.

While the underlying motivations may differ, there remains particular constants as to why many women and especially girls would rather contract HIV than get pregnant:

Whereas most men, unfortunately, can easily get away with the evidence of their infidelity, women on the other side can do little to hide their projecting stomachs and the inevitable exposure of their infidelity when, upon birth, the newborn bears closer resemblance to the neighbor more than the spouse; husband or boyfriend. This is in the case of infidelity, which rises every day.

Read>> No Love Lost In Search of White Girlfriends Online

Tied to it, especially to the young girls, is the obvious reason of exposing themselves to the wrath of their parent’s wrath and possible disownment by those very conservative parents. Milly, for instance, exclaimed,

Most slay queens would also rather risk the virus than pregnancy because they believe, that pregnancy will snatch away their curvy dainty figures. The belief has its roots in the old age assumption that the prime age of beauty in most women is between 17-24 years. It is said, most women would risk anything than expose themselves to the esteem snatching eventuality of being regarded or thought unattractive.

For the career and highly ambitious women, they perceive pregnancy as a constraint or distraction towards their journey to a successful career and life.

A sizeable number of young girls also believe pregnancy to be a major hindrance to a life full of mirth and exploration; their focus would have to shift towards tending the child than their adventurous desires. Jacinta says,” let me enjoy life first, ball nitapata when I decide to settle.” (I’ll get pregnant when I decide to settle)

Such positive leaps towards fighting HIV has only served to cushion many against their lack of caution, for they no longer find the virus so much of a threat. 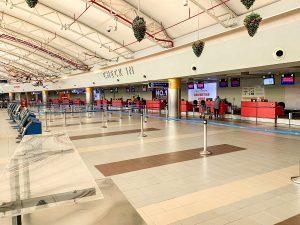 Too Late or Just in Time: Government’s Handling of Coronavirus in Kenya
Only Kenyan Citizens and foreigners with valid resident permits will…