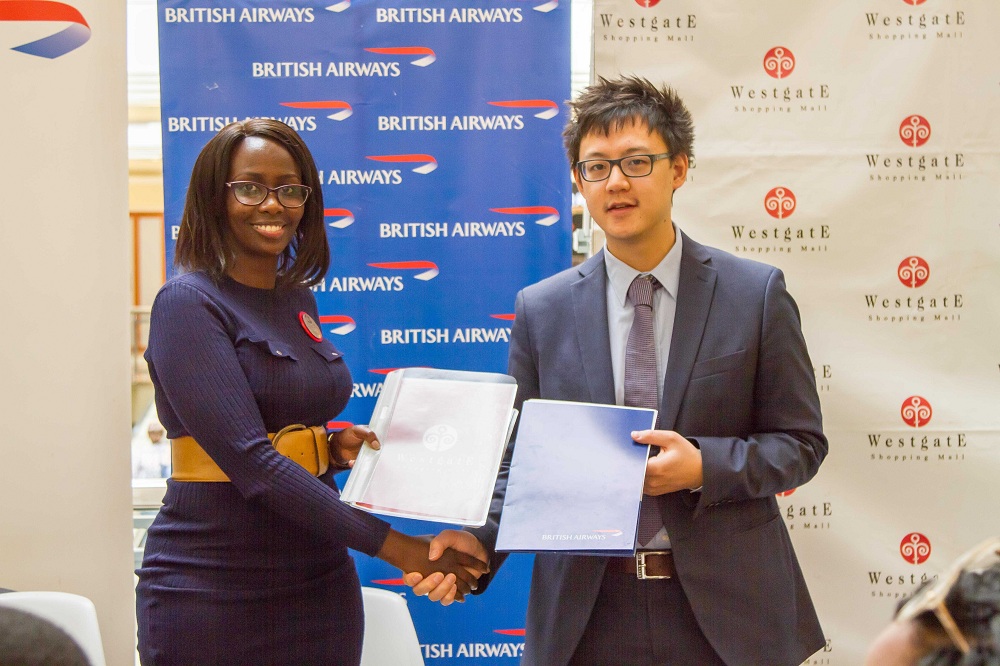 “With this promotion we hope to benefit the Mall’s customers by rewarding them with a chance to fly on a return ticket with British Airways. Christmas is a time of gifting and leisure travel. This promotion will therefore go a long way in helping the shoppers get more value for their money” said Mr Leung.

This will automatically entitle them to enter a grand draw from where the first of five lucky customers will win the two British Airways sponsored tickets.

Ms Ann Njogu, Marketing Manager of Westgate Shopping Mall said “Once again, as we approach Christmas and New Year holidays, we have come up with something to enrich the experience of our customers. This promotion will further enhance the thrills this Christmas will generate in the coming eight weeks.”

READ: Pain at the pump as fuel prices rise again

The Christmas promotion is mainly targeted at Shoppers, Family, Friends and International Visitors. According to Westgate, other elements their audience is set to enjoy include the Christmas Tree decoration competition, Christmas crafts and gift sale and the Christmas Kids party scheduled for 16th December 2017.

The exquisite BIG sale will be the other big attraction where various tenants and vendors will have a chance of exhibiting their wares until 31st December 2017.

During the Christmas period a Santa Claus will be present randomly giving out gifts to the Mall’s visitors. Customers will also be entertained with Christmas Carols for the entire time.