Sheila Mwavinya as Sarafina (left) in a chat with Mkamzee Mtalele as Mistress, the history teacher. Photo / Suleiman Mbatiah

The Nairobi Performing Arts Studio is set to stage Sarafina the musical at the Nakuru Players Theatre in mid-September2019. The story highlights the struggle for freedom in Soweto, South Africa, during Apartheid just before Nelson Mandela was released in 1990 and Apartheid ended.

The reenactment of Soweto students’ militant resistance to the Apartheid system, iced by live music and splendid choreography, has attracted thousands to watch the award-winning production. Having staged several shows at the Kenya National Theatre in Nairobi in the last two years, Nairobi Performing Arts Studio director Stuart Nash says it’s time to take the performance to counties.

Sheilla Mwavinya, who starred in Wanuri Kahiu’s film, Rafiki, beams the show as Sarafina with Helen Mtawali playing her mother. Martin Githinji acts as Constable Sabela, a home-guard-kind of villain who is eventually killed by Sarafina and other Soweto youth.

“We are investing more in songs, spoken dialogue, acting and dance to tell our own stories,” said Mr Stuart while revealing that he had acquired rights to stage the Nairobi Half Life.

The Nairobi Half Life is a 2012 Kenyan drama film directed by David “Tosh” Gitonga about an aspiring actor who travels from upcountry to Nairobi but ends up in a crime web. NPAS will also stage The Lion King, a Kenyan-shot sequel animated musical film produced by Walt Disney Feature Animation.

Nakuru Governor Lee Kinyanjui said Kenya has stories to reenact such as the Happy Valley in Nyandarua, Lord Egerton Castle in Nakuru, the Mau Mau struggles among others. “It’s time to bring people back to the theatres by staging stories they can closely relate to,” said the governor during one of the shows at KNT.

The Governor said this would revive performing arts in the country which has been overshadowed by westernized cinemas. The Governor sponsored thespians from Nakuru to watch Sarafina to benchmark with international acting and production standards.

“In Europe, there are live performances every other evening across cities that make tourists spend another night. That’s the Nakuru we want,” he said.

Last year, Governor Lee officially opened the Nakuru Players Theatre after months of renovation where a modern recording studio was set up. The county is set to sign a memorandum of understanding with Kabarak University to refocus music and other performing arts for sustainable development.

Under the partnership, the university’s School of Music and Performing Arts and the Nakuru Players’ Theatre will work closely in nurturing talent and knowledge sharing among artists.

Kabarak University Deputy Vice-Chancellor in charge of Academics and Research Prof John Ocholla called on all stakeholders to work together in conserving and promoting culture through music and other genres of art.

Nakuru has produced leading musicians and comedians gracing local and international stage such as Prof Harmo, Simor Music, DJ Shiti, Uprising Comedians, Kaka Bweha and Babushee among many others. 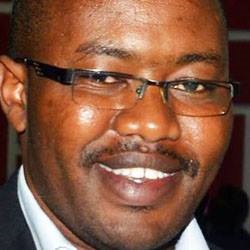 Suleiman Mbatiah is a photojournalist based in Nakuru. Email: [email protected]

Suleiman Mbatiah is a photojournalist based in Nakuru. Email: [email protected] 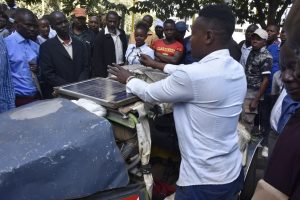 Tiny Car Built by College Dropout Has a Big Ambition
For the better part of this week, Musa Shikuku Maganga…