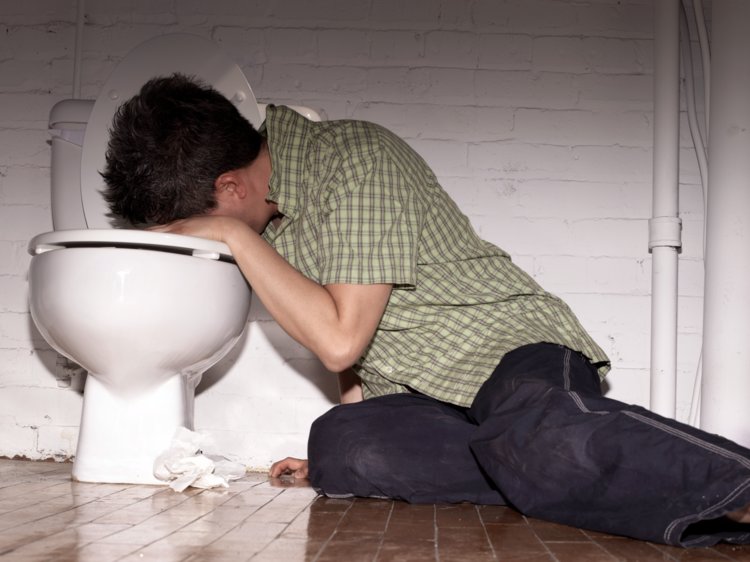 A dead drunk man in a toilet.

Despite the harsh economic times many corporates are undergoing, most of them strive to host their staff at end-of-year parties. For those doing well, employees get an extra treat of bonuses and shopping vouchers.

This being the last week before Christmas, it is expected there will be a beehive of activities as official protocol is thrown out of the window to allow staffers make merry before heading for the Christmas and New Year festivities.

Some corporates and parastatals such as AAR Healthcare, Capital Markets Authority, Sanlam, Linton’s and KTDA have already held theirs. At the National Police Service bash, Inspector General Joseph Boinnet was a free spirit as he danced away the night ‘Raila style.’

However, while it is an opportunity to freely mingle and be happy, some conduct themselves in a manner that not only soils their reputation but also risks their jobs.

Here are some of the bad manners you should strive to avoid:

Like food, drinks, both alcoholic and non-alcoholic, are always in plenty at end-of-year staff parties. In some, one is given about four vouchers with which to redeem drinks. However, some ingenious staffers target those taking soft drinks, who usually don’t take more that two drinks, to gain access to more drinks.

If not careful, one can easily get totally inebriated. There have been instances where management is forced to make arrangements one how to get a dead drunk employee out of the venue, which is not a very good addition to one’s CV.

A slight mistake in the future, especially alcohol-related, can lead to dismissal.

Even with food, eat moderately to ensure everyone gets a piece of what is on the menu. There was an incident at one staff party in Nairobi where an employee picked several delicious chicken parts even as the queue got longer. He was not even ashamed to remark: “Leo naona watu wakikosa kuku (I can see guys missing out on chicken).” How greedy can one be?

2. Flirting or hitting on female colleagues – or even the HR manager

Given the free environment at end-of-year parties, some see it as an opportunity to land that lady he has been eyeing in the office. They venture into the dancing floor with a specific purpose of seeking her out for a few dance moves and to draw in a few catch lines.

However, with beer or wine in the head, some go overboard and commit what HR could easily define as sexual harassment especially if it involves forced physical contact such as touching her breasts or behinds. This can easily be a ground for summary dismissal.

To make matters worse, some even go to the extent of trying to woo the HR manager herself!

3. Abusing top managers or the CEO

At end-of-year parties, some employees seek to settle scores with their immediate seniors and even the CEO having differed with them or been disciplined or reprimanded at one point or the other in the course of the year.

This was the case a few years ago when a journalist told off his boss in front of his colleagues and managers. Though he was not sacked, he crossed the red line.

4. Going back to the office after failing to get your way home

A few years ago, an employee of a certain company caused a scene when she went to the office after attending an end-of-year party. Reason? She felt lost in town and couldn’t figure her way home.

READ: WHY CHINESE COULD TAKE OVER MOMBASA PORT

To make matters worse, she tried to flirt with the security guards despite the office being covered by CCTV cameras. She was lucky she wasn’t dismissed as she had a clean HR file.

Most often, companies issue dress codes that staff members need to adhere to for end-of-year parties. And even if they are not there, don’t wear clothes that are too tight or too short. Smart casual will do. A staff party is not the place to let loose.