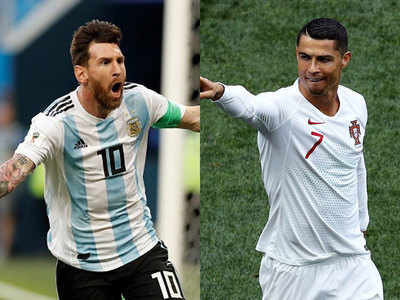 Kenyans have been glued to their screens during the football fan fest that is the 2018 Fifa World Cup and no game was viewed more than the one between Argentina and Croatia in which the South Americans lost 3-0.

A GeoPoll survey of viewership statistics for the group stages of the World Cup shows that 48% of all TV viewers in Kenya at the time tuned in to see Lionel Messi’s Argentina upstaged by Croatia, the nation of his Barcelona teammate Ivan Rakitic.

The second most watched game in Kenya during the group stages was Egypt v Uruguay. In that game, the Mohammed Salah-less North African nation succumbed to a solitary last minute headed goal by Uruguay’s Jose Maria Gimenez. The game that fell on the second day of the World Cup and also coincided with the Eid-ul-Fitr holiday in Kenya garnered 43% of all total viewers.

On the other end of the spectrum, the match between Portugal and Morocco drew the least number of viewers in Kenya. It is surprising that a game featuring Cristiano Ronaldo would only have 26% of all Kenyan TV viewers watching it. The Real Madrid star’s fourth minute header — though enough to see Portugal defeat the Atlas Lions 1-0 — was not enough to elicit a higher TV audience.

In terms of TV channels, NTV continued to dominate audience shares in Kenya during the group stages. The Nation Media Group affiliated broadcast station recorded high audience shares of 23% during the Egypt v Uruguay match, 22% in Argentina v Croatia and 21% when Nigeria lost 2-0 to Croatia.

This continues to boost NTV’s rankings despite recent departures from the twin towers. The opening match of the World Cup for example saw a 450% ratings spike from their usual audience. However, the question still remains whether NTV will sustain this ratings high after July 15 when the World Cup comes to an end.

Regional neighbours Uganda, Tanzania and Rwanda were also assessed by GeoPoll who are monitoring viewership statistics on a daily routine during the World Cup. Ghana and Nigeria complete the number of African countries being considered for the poll.