The reality of higher taxes imposed by National Treasury Cabinet Secretary Henry Rotich has begun to sink in for Kenyans after the new measures took effect on Sunday, July 1.

Already, Safaricom has reviewed M-Pesa withdrawal charges upwards to reflect the 2% increase in excise duty contained in the Finance Bill 2018. Previously, the tax stood at 10%.

“Pursuant to the Finance Bill, 2018 and the Provisional Collection of Taxes and Duties Act, we have made the following adjustments to our M-Pesa tariffs,” Safaricom said in a notice to customers, which detailed the various increases.

The telco has, however, protested the move, saying it will hit hard Kenya’s poorest who are unbanked and frustrate efforts to enhance financial deepening and a cash-light economy.

In his budget speech, Rotich defended the move, saying the amount collected through the increased taxation on mobile money transfer transactions will be directed to fund the universal health cover programme, which is among the government’s four priorities. 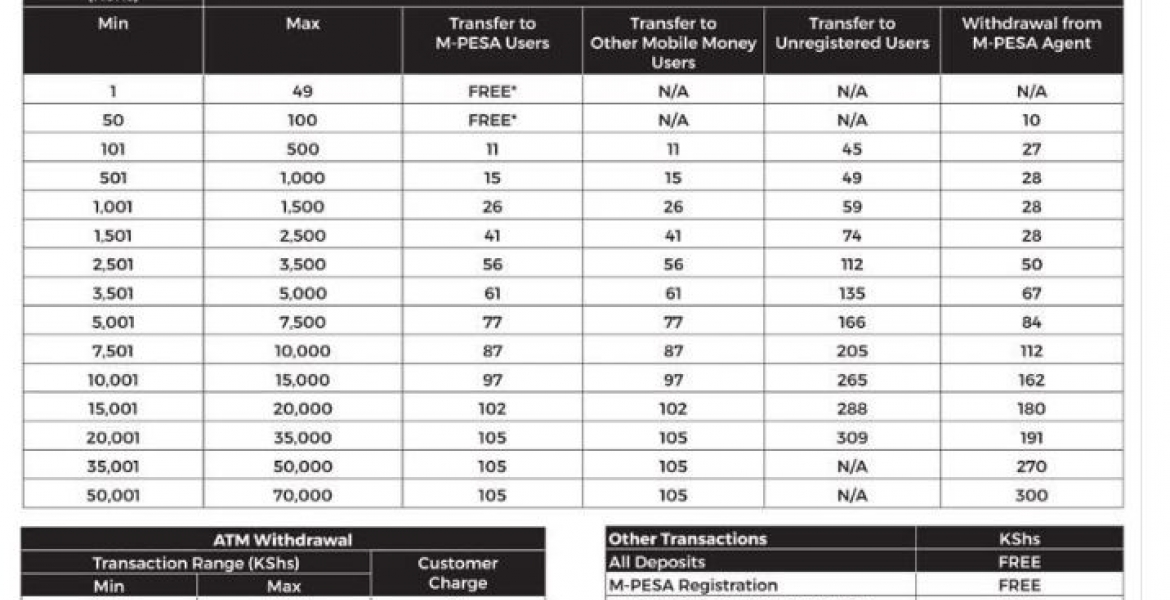 Also affected by the new measures are those who transact over Ksh 500,000 at banks and other financial institutions, as the CS imposed a Robin Hood tax of 0.05%.

The Kenya Bankers Association has, however, moved to court, saying the move is unconstitutional since there was no public participation and the period to implement it was too short, adding computer software used by banks aren’t configured to support the charges.

Already, various banks, including Commercial Bank of Africa and Equity Bank have started to implement the new tax.

Fund managers have also warned the new levy could cut investment returns in the pension industry by as much as 5%.

“The likely impact of this action is asset shrinkage, reduction in private savings and because it actually incentivises investors to minimise trading activity, a decline in the liquidity of our capital markets,” said Einstein Kihanda, chairman of the Fund Managers Association, in a letter addressed to Rotich. The association represents members who manage Ksh 1.2 trillion of assets.

“The outcomes are clearly in stark contradiction to the government’s financial-markets development agenda and reforms to deepen the financial markets that the Treasury has laboriously worked to implement,” Kihanda said, urging Rotich to reconsider the introduction of the tax.