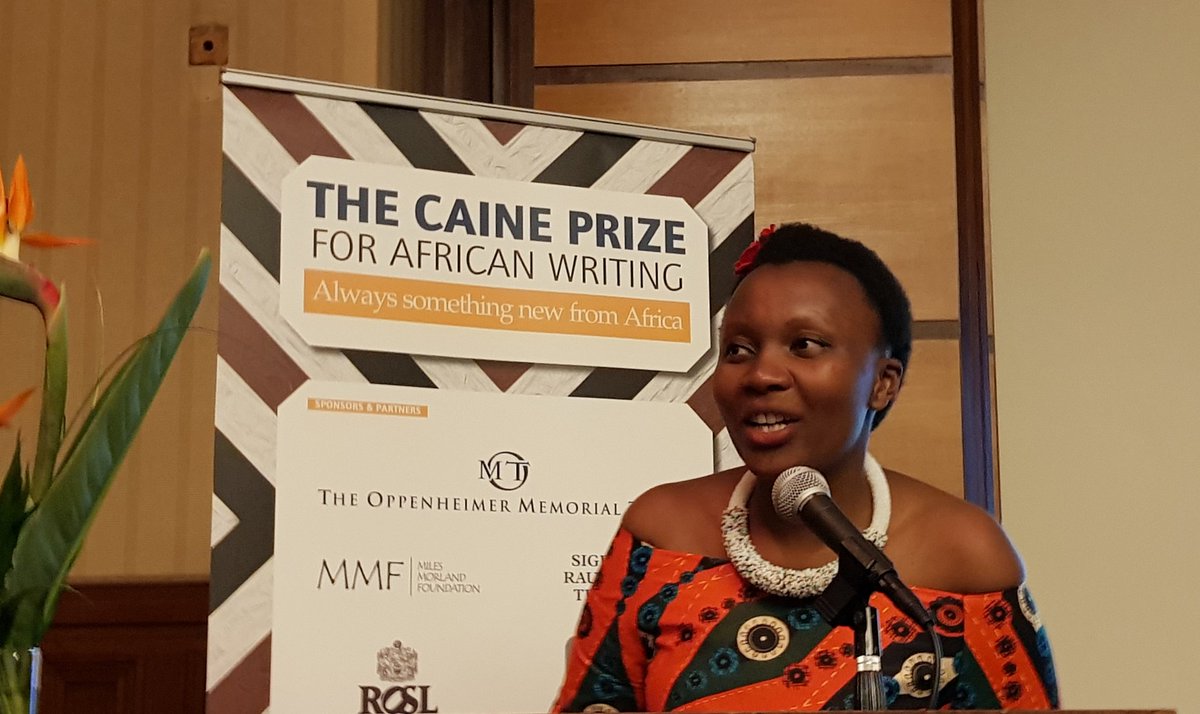 Kenyan writer Makena Onjerika has won the 2018 Caine Prize for African Writing – often described as Africa’s leading literary award, for her short story entitled “Fanta Blackcurrant”, published in Wasafiri (2017). The Chair of the Caine Prize judging panel, award winning Ethiopian-American novelist and writer, Dinaw Mengestu, announced Makena as the winner of the Ksh 1.3 million (£10,000) prize at an award dinner on Monday evening. The ceremony was held for the second time in Senate House, in partnership with SOAS and the Centre for African Studies.

Narrated in the first person plural, “Fanta Blackcurrant” follows Meri, a street child of Nairobi, who makes a living using her natural intelligence and charisma, but wants nothing more than ‘a big Fanta Blackcurrant for her to drink every day and it never finish”. While it seems Meri’s natural wit may enable her to escape the streets, days follow days and years follow years, and having turned to the sex trade, she finds herself pregnant. Her success stealing from Nairobi’s business women attracts the attention of local criminals, who beat her and leave her for dead. After a long recovery, Meri ‘crossed the river and then we do not know where she went’.

Mengestu praised the story in his remarks, saying, “the winner of this year’s Caine Prize is as fierce as they come – a narrative forged but not defined by the streets of Nairobi, a story that stands as more than just witness. Makena Onjerika’s ‘Fanta Blackcurrant’ presides over a grammar and architecture of its own making, one that eschews any trace of sentimentality in favour of a narrative that is haunting in its humour, sorrow and intimacy”.

READ: WHY CITIZEN RADIO PRESENTERS QUIT IN A HUFF

Makena is a graduate of the MFA Creative Writing programme at New York University, and has been published in Urban Confustions and Wasifiri. She lives in Nairobi and is currently working on a fantasy novel.