Alex Chamwada (second from left) in the field with his crew. He has terminated his contract with KTN after years. [ Photo / Chamwada-Facebook ]

Alex Chamwada has officially signed off from KTN screens.  As we had reported last week that the veteran journalist is terminating his contract with Standard Group, which owns KTN TV channels, Chamwada last evening placed a notice on Chams Media website confirming termination of the contract.  [ see notice at the end of article]

Under the contract between Chams Media and KTN, Chamwada, himself a former KTN political reporter, has been providing weekly programmes – The Chamwada Report and Daring Abroad – airing both on KTN Home and KTN News. The two shows had become household names in Kenya’s broadcast industry.

“This is to let our viewers know that our productions, The Chamwada Report, a current affairs show on development issues and Daring Abroad, a series featuring Kenyans living abroad will not be airing on KTN with effect from 1st  April 2020,” said Alex Chamwada Ayiego, the founder and CEO of Chams Media. “We will inform you about our next destination in due course.”

Chams Media has been producing the two shows for the last five years, but the relationship between got complicated over the past few months due to delays by Standard Group in paying for the shows, thus straining Chams Media’s production process. Sources say Chams Media is owed “a lot of money” for the shows.

So what next for Chamwada? Will he head back to the newsroom as reporter or editor?

He remains guarded on his next move, but strongly hints in the statement that he could be taking the programmes to a different TV station. “You can, however, continue watching the shows and other exclusive, inspiring and informative productions on CHAMS Media digital platforms including our YouTube channel,” he says.

The last episode of Daring Abroad aired on Saturday and Chamwada Report on Wednesday.  Chams Media owns copyright to the content and branding. His exit is seen as a blow to KTN and KTN News which have been drawing audience and revenues from the shows.

For Chamwada, it is perhaps another moment for a rest and an opportunity to explore new opportunities and relationships, even going it alone. Given the popularity of the shows, it will not be surprising to see them end up at NTV, Citizen TV or TV47, which have financial muscle for outsourcing good content.

“We would like to take this opportunity to sincerely thank the Standard Group for a successful partnership that has run for over five years,” Chamwada says. “Our appreciation also goes to our viewers in general. Many thanks too, to all our partners for your continued support.”

The development is the latest indication of the financial pains broadcast media houses are facing in getting content and other programmes. Producing TV content is an expensive affair as most media houses will attest.

With KTN revenue stream gone, CHAMS Media, a communication consultancy firm, will be relying more on its communication services including video production and public relations as well as revenues from its digital platform on YouTube. 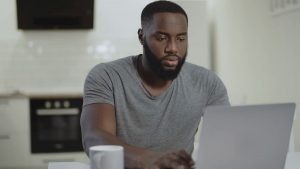