Former Gor Mahia defender Karim Nizigiyimana unveiled at Wazito FC. Wazito FC have made a total of 11 signings while Gor Mahia have made 10. Photo/Wazito FC

The two sides are more likely to battle it out for the title as they have invested the most in their preparations for the coming season. Wazito have bolstered their squad to compete for the top tier while Gor has signed to try and replace the players they lost at the end of last season.

Wazito FC had an amazing run in the National Super League as they came out top of the league despite stiff competition from Kisumu Young Stars and Nairobi Stima. The defending NSL champions focused on improving their defence as it was among the weaknesses they had last season in the second tier.

Despite winning the league last season, Wazito lost nine games which would have easily cost them the title. The team’s success only came because they won as many matches and only drew thrice. The KPL has fewer games than the NSL and losing 9 matches gets you further away from winning the title.

Kenyan International Bernard Ochieng’ is among the key defenders that have joined Wazito FC. There has also been the return of fullbacks Abouba Sibomana and Karim Nizigiyimana, who previously played for Gor Mahia. Wazito FC also signed two goalkeepers Kevin Omondi from Sony Sugar and Gad Mathew from Kariobangi Sharks.

Gor Mahia, on the other hand, have bolstered their on-field squad as well as their technical bench. K’Ogalo lost their last season’s title-winning manager but they seemed to react quickly to it. They managed to secure Steve Pollack, an English-Finnish coach who was previously managing Ghana’s Asante Kotoko.

In a bid to make up for the loss of Francis Kahata, Jacques Tuyisenge, and Harun Shakava, K’Ogalo made a couple of player signings. The 18-time KPL champions signed Elvis Ronack from Nzoia Sugar, Dennis Oalo and Curtis Wekesa from Nairobi Stima. Tobias Otieno and Abdalla Shura have also joined the Green Army from Sony Sugar.

Meanwhile, 2016 KPL champions Tusker FC have signed seven players so far with former Gor Mahia duo George Odhiambo and Humphrey Mieno the latest inclusions. Mieno is making a return to the club after being released a year ago from the club with 13 other players. For Odhiambo, it will be the first time he will be playing for Tusker FC.

Out of the 18 top-tier clubs, only nine have so far officially registered new players. Ulinzi has been the least busy having signed just one player, Kelvin Thairu from the relegated Mt Kenya United. Bandari has signed three players; Alex Luganji from Nairobi Stima, Danson Chetambe from Zoo FC and Cliff Kasuti from Ulinzi Stars. 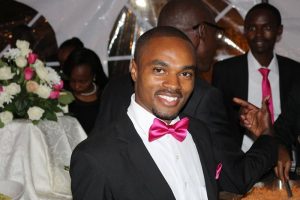