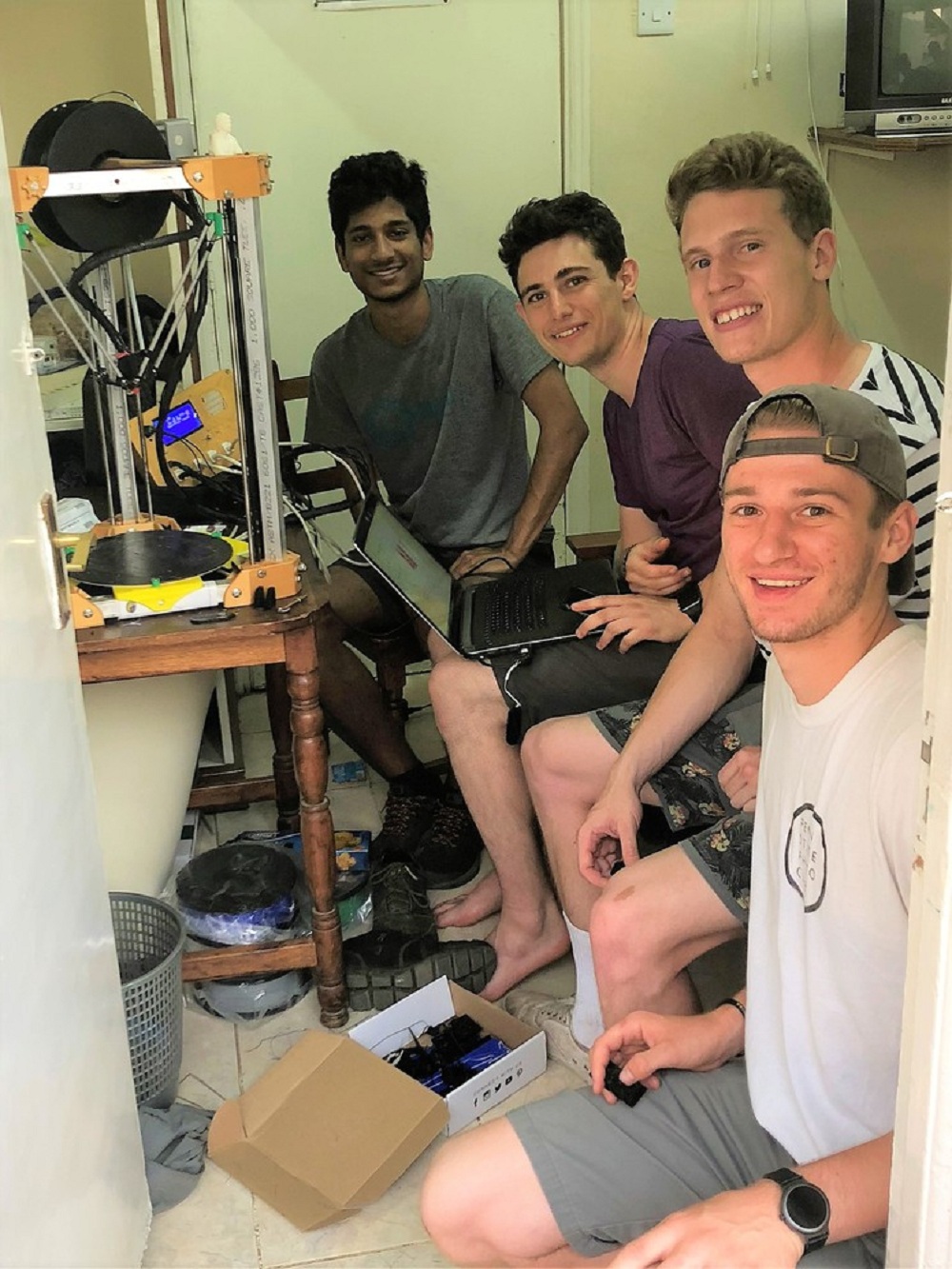 [dropcap]W[/dropcap]hat if, with the tap of a finger, you could change or potentially save countless lives in a developing country?

An interdisciplinary team of Penn State students is working to bring that concept to life. Their social venture project, Kijenzi, is a business model and application that aims to provide 3-D printing of medical equipment to rural areas of Kenya.

Kijenzi will connect East African entrepreneurs with the system, enabling them to print high-demand medical supplies at a low cost and provide them to health care facilities in their region. The model also circumvents the area’s costly and complex supply chains, allowing teams to deliver critical supplies to patients much faster.

In addition to offering basic medical supplies, like tweezers and glasses frames, the team has included potentially life-changing and life-saving devices in its library. The 3-D printers can recreate u************d clamps at a 94 percent savings, helping to reduce the risk of omphalitis — an infection of the umbilical stump that k***s 4 million babies globally each year. They also can print adjustable clubfoot braces at a fraction of the cost of traditional manufacturing, helping East African children born with clubfoot — a b**********t in which the foot is twisted out of position.

“Things like the u************d clamp are small things that we see every day in hospitals in the United States that can make a big impact in [developing countries],” said Pothana.

Pothana is able to offer a unique perspective to the Kijenzi team. Having grown up in India, he recognizes the things that people in the Western world often take for granted. He shares that items we’ve had in the United States for decades, like mobile phones and internet access, could change lives significantly in areas of the world like where he grew up.

“Seeing how life is firsthand in a developing country, I was able to connect and realize the impact of what we’re doing here,” he said. “It ties into us really believing in the idea and trying to see it through.”

Bridging technology with entrepreneurship, and the connection to Penn State

The Kijenzi project was founded at Michigan Technological University by John Gereshon and a team of students there, including co-founder Benjamin Savonen. When Savonen and his fellow Kijenzi teammate Tobias Mahan came to Penn State in 2017 to pursue their doctoral degrees, at the same time Gereshon came to lead the University’s Humanitarian and Social Entrepreneurship program, it was fitting that they continue to advance the Kijenzi initiative from University Park.

The vision for Kijenzi was to one day have an online database of parts accessible via mobile phone. The need to develop that component did not arise in the early stages at Michigan Tech; however, once the project came to Penn State, it had gained enough momentum to begin work on the mobile application.

Goewert, Pothana and Pinto got involved, through a partnership with the IST Consulting Group in fall 2017 with a single objective: to help build a single Android application that would link to an online database of supplies. However, the trio of IST students quickly turned into entrepreneurs.

Pothana explained that in addition to writing the app, they were involved with growing the startup in areas such as market research, customer discovery, business model development, and financials. He, Goewert and Pinto also got exposure pitching the venture through class presentations and University-wide competitions.

“What started out as software development ended up with us being a large part of the project,” he said.

“From a personal development standpoint, I’ve been able to take advantage of the opportunities that are around me,” added Goewert. “It’s been invaluable in developing programming skills, business development skills and interpersonal skills.”

As Pothana, Goewert and Pinto continued to develop the app, Kats worked to build the library of designs. In spring 2018, Kakran and McKee joined the project to help formulate the business model, making the project a true interdisciplinary venture.

Pothana and Goewert said that their experience in IST classes — specifically software design and development courses — helped them in this venture.

“It’s more about understanding what you’re learning and the impact it has on the bigger scale,” said Pothana.

Goewert explained that it took his team some time to understand the problem and to come up with a successful solution.

“It was a new challenge. We had to figure out how to actually manage a 3-D printer from a phone with no computer involved,” he said.

“The fact that this is not something that’s been done a million times [is rewarding],” he added. “We’re actually doing something that is somewhat innovative here.”

The members of team Kijenzi aren’t the only ones who believe in the venture’s mission. Kijenzi was recognized in several competitions this semester, including a first-place finish in the Penn State 2018 Supply Chain Pitch Contest and runners up in Penn State Startup Week’s IdeaMakers Challenge.

In their pitch, members of team Kijenzi presented a real-life problem that they helped to solve. They told the story of Samuel, a tomato farmer in Kenya who woke up with f*u-like symptoms. His local medical clinic was unable to test him for Malaria, a d*****e that could lead to d***h if untreated, because the adjustment k**b on their microscope was broken. He could wait three weeks for the replacement part to come in, or he could travel to the next closest clinic — a trip that could take several days.

That’s when Kijenzi stepped in. They were able to design and print a replacement k**b overnight for just four cents.

“Just like that, we had an entire wall of thousand-dollar microscopes that were functional again,” said Pothana.

Members of team Kijenzi are working to take their project to the next level. On May 6, they traveled to Kisumu, a town in western Kenya. During their three-week stay they will be testing their IT system, talking to stakeholders, providing training sessions, and working through other logistics to firm up their business model.

Pothana explained that the trip will “better inform what we’re building afterward, but also [help us] to understand what we have so far.”

“I had a big interest in mobile development, especially in Android applications,” he said. “This is my first chance to build something that will someday be used by real people to solve a real problem.”

While Kijenzi is currently focused on supplying medical supplies to developing countries, they have a vision to one day expand their product and customer base. Manufacturing and farming are two areas they hope to explore.

“In developing countries, supply chains are a problem in every field,” Goewert saud. “Our end goal is to bring 3-D printing to everybody.”