The Consumer Federation of Kenya (Cofek) is threatening to lead a protest match to the Nairobi airport, where the protesters will stage a sit-in and embark on a hunger strike if the rates are not withdrawn within seven days.

According to the revised rates, visitors picking and dropping travellers at the JKIA will be required to pay Ksh 100 for 20-minute stay, Ksh 250 for staying at the airport for between 20 minutes and 40 minutes and Ksh 350 for s stay of between 40 minutes and an hour.

For a one-hour to two-hour stay, one will be required to pay Ksh 500.

However, Cofek is demanding to know what KAA has been doing with the current fee of Ksh 50 before it can be entrusted with the higher rates. Those opposed to the revision also say the process was not subjected to public consultation as required by the Constitution. The rates are collected by KAPS, a private company.

#SomeoneTellKAACartels have they ever announced how much they make from the parking services at the current Sh50 per hour? Why should we trust them with Sh500 per hour? pic.twitter.com/iG1iNnMA1b

Anyone who travels in & out of JKIA needs to speak out! This is daylight robbery by KAPS & KAA! How do you charge parking fees 0-60 min when the traffic inside the airport is a nightmare! This is clearly aimed at forcing travelers to use airport expensive yellow cabs.?#Impunity pic.twitter.com/FZyiVp4l54

Apparently, going to pick or drop off a passenger at JKIA will be an expensive affair. These rates have no justification. Never mind, you have to beat traffic along Mombasa Road, get there early then be met by those parking charges. pic.twitter.com/SjI1CtiW6R

Was there a KAA boards meeting to ratify the exorbitant fees? 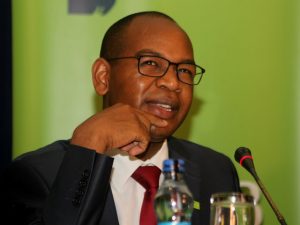