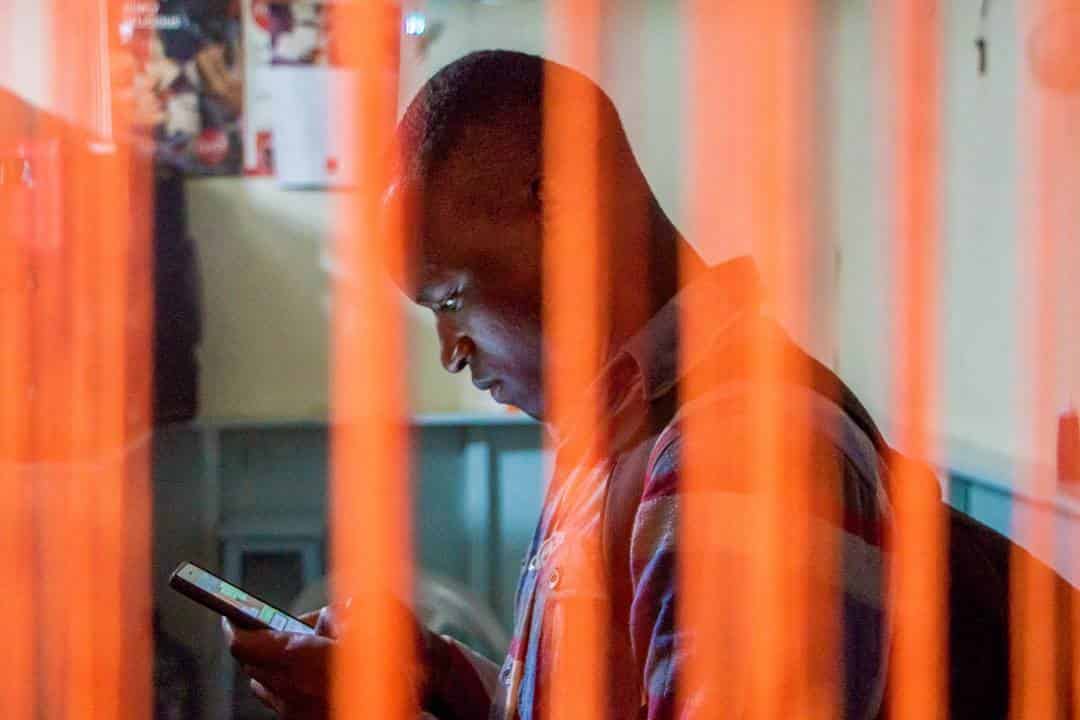 Experts are warning against the rise of the digital credit market, saying it has raised concerns about the risk of excessive borrowing and over-indebtedness among lower-income households.

According to the latest survey, digital loans are easy to obtain, short-term, carry a high interest rate and are available from numerous bank and nonbank institutions.

“The survey found that 14 percent of digital borrowers were repaying multiple loans from more than one provider at the time of the survey. This means over 800,000 Kenyans were juggling multiple digital loans. Although having multiple loans is not necessarily an indicator of debt distress, it is important to closely monitor the market going forward and detect possible risks,” says the Kenya’s Digital Credit Revolution Five Years On survey report.

According to the survey, it is also important to note that debt stress does not occur only when customers borrow multiple loans: It can happen even with a single, microsize loan.

“About half of those surveyed reported being late at least once with their digital credit and about 13 percent admitted defaulting on their loan, although the actual number may be higher due to under-reporting. Over half of digital borrowers reported dipping into their short- and long-term savings to pay back a loan, 20 percent reported reducing food purchases and 16 percent reported borrowing (mostly through family and friends). The main reasons for late repayment are problems with business performance and losing a key source of income,” the survey conducted by FSD-Kenya, in partnership with the Central Bank of Kenya (CBK), Kenya National Bureau of Statistics (KNBS) and Washington-based CGAP found. 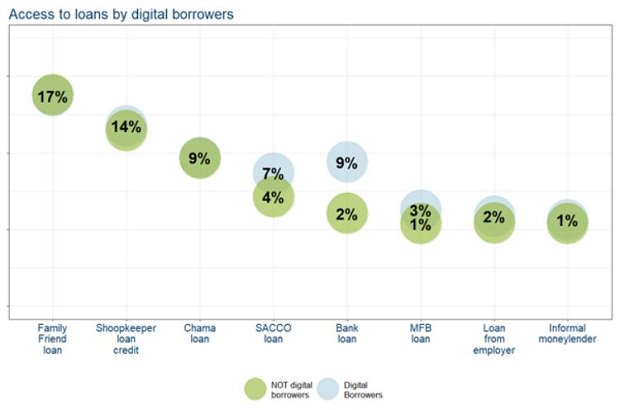 According to the survey, over seven million Kenyans have gained access to a technology that can deliver microloans within seconds and build a credit history that can, in theory, give them access to larger and cheaper loans in the future. While this represents a tremendous step for formal financial inclusion, more research is needed to understand the real economic and social impact of digital credit on low-income Kenyans.

The researchers conducted a nationally representative phone survey with over 3,000 Kenyans to find out. The findings suggest that although many bank and nonbank institutions have entered the market, only a few reach a significant market share.

Digital borrowers tend to borrow frequently, and it is therefore important to build better mechanisms to monitor consumer protection and over-indebtedness. It is also crucial to ensure that repeat digital borrowers can graduate to larger and more affordable loans as they build positive credit histories, says the report.

Related: Questions you must ask before you guarantee a loan

Despite the growth of the market, the survey shows digital credit is not reaching everyone. It remains i*l-suited for most of the population, such as farmers and casual workers, whose livelihoods are characterised by irregular cash flows. Reaching these segments will require deeper understanding of their financial lives, the key risks that they face and day-to-day liquidity needs.

Based on the survey, the researchers estimate that 27% of Kenyan adults (18+) have taken at least one digital loan — for a total of over six million borrowers. Most have taken a loan in the past 90 days, suggesting a large number of active borrowers. Still, most Kenyans have never used digital credit. When asked why, most respondents cited an aversion to debt, with 34% mentioning their “fear” of taking loans. Many stated that they do not need a loan (29%) or lacked awareness about existing digital credit solutions (21%). Only 13% stated that they do not borrow because they do not qualify. (However, interviews with providers confirm that the percentage of customers who have a low credit score and do not qualify is higher.)

According to the survey, M-Shwari seems to have benefited from a first-mover advantage. Today, it has more than twice as many unique borrowers as its closest competitor, KCB M-Pesa.

“Both services are offered through Safaricom’s M-Pesa platform — Kenya’s largest telecommunication provider — and reach a network of customers that is far higher than any individual bank or FinTech can reach. Nevertheless, customers today can choose between a plethora of solutions. Kenya’s three largest banks (Kenya Commercial Bank, Equity Bank, and Co-operative Bank) have launched their own digital credit solutions since 2016, either by partnering with Safaricom (e.g., KCB), establishing an independent virtual mobile network operator (e.g., Equity’s Equitel) or developing a standalone smartphone app (e.g., Cooperative Bank’s M-Coop Cash).

It adds many FinTechs have entered the market, too, saying the past two years have seen the entry of many unregulated players. Though there have not been many known cases of f***d or privacy concerns, an oversight body should be designed to monitor this growing market segment.

The survey confirms earlier studies by showing that digital credit appeals to younger customers who tend to be male (55%), urban (55%) and relatively highly educated. However, the customer base for digital credit seems to be diversifying, especially from a gender perspective. Previous research estimated a 59 – 41% ratio of men to women unique borrowers in digital credit.

The latest survey, whose findings were published on March 18 this year, reduces the gap to 55 – 45%. However, the positive trend in unique borrowers does not mean that the gap is reducing also in terms of volumes and values of digital lending. Interviews with providers confirm that men tend to borrow more often and larger sums, on average.

Safety First: What Are Kenya’s Most Trusted Online Casinos?