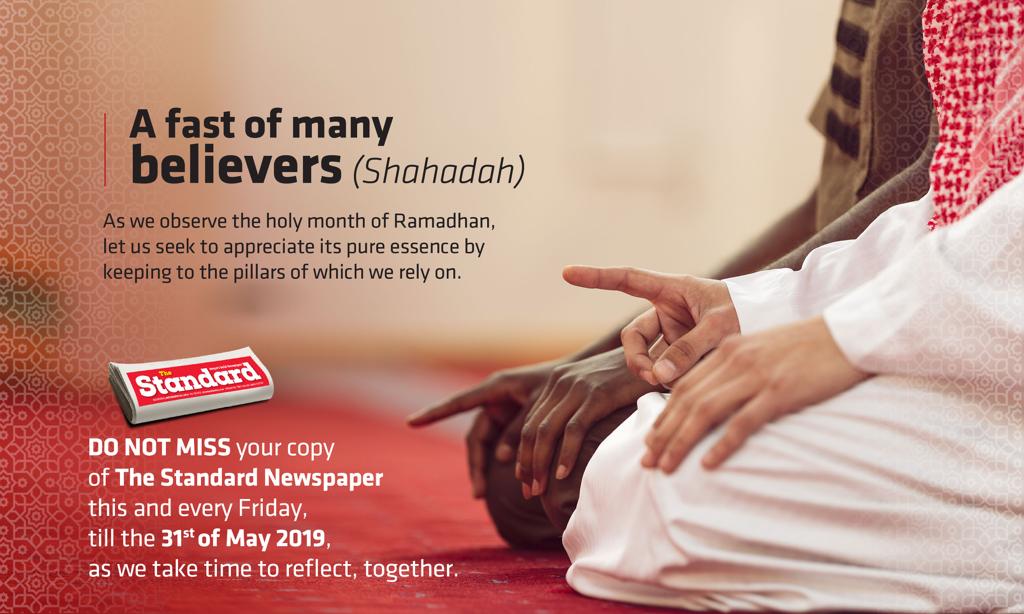 In a bid to win over muslim readers , The Standard Group launched a Ramadhan Special Newspaper pullout to engage with Islamic faithfuls across the nation on various segment.

The pullout dubbed as RAMADHAN SPECIAL: A FAST OF MANY provided a platform where businessmen will have a halal opportunity to market and sell their products.

The moves come out as a way to revive the advertising-driven business model which is on the brink of collapsing in the newspaper industry.

The first publication titled ‘A Fast not Feasting Period’ criticises the mentality of binging on food during Iftar ( meal served during sunset) and suhoor (meal served before dawn) rather than observing the spirit of Ramadhan, which is self-deprivation of food.

The publication captures the trend in Ramadhan of people overindulging on food and wasting more which is contrary to Islamic teachings of moderations.

Further, the food budget in homes goes up rather than decreasing with women spending more time in the kitchen to prepare the meals instead of praying or reciting the Holy Q***n.

Women seem to be the centre of this six paged publication addressing challenges they face when religion and the nature of being a female human contradict.

{ Read: 7 Scientific reasons why we should all fast this Ramadhan }

The well researched pieces explain the challenges women on their monthly cycle or post-natal b******g or those breastfeeding face during the Ramadhan. However, no woman was interviewed to give their personal experience during the Holy Month. A general perspective was used to explain the challenges females go through in the fasting period. The articles are also written by men.

The stigmatisation imposed by fellow humans, the males, that shame the women on their natural conditions are contrary to what the teaching of Prophet Muhammad decree. These insights might change the perspective of women during the fasting period.

Ironically, the publication only has two female writers against 10 male scribes. To add salt to the w***d, the women’s pieces are more of news reporting with their male counterparts having well researched feature articles. 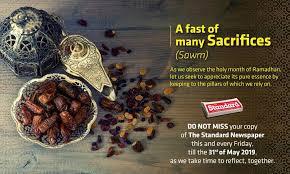 The Islamic community in Eastleigh, which has been painted with an ugly picture of ‘t*******t breeding ground,’ money laundering gets a face lifts from the Firi Festival and the economy contribution to the country.

Harmony co-existence between the different communities who reside in the Eastleigh is captured in the articles which also reveal the business gap faced by non-Muslim during the Ramadhan period.

The pullout also offers a platform where businessmen will have a halal opportunity to market and sell their products together with a Ramadhan timetable for major towns throughout the period.

This publication provides a depth look into the Islamic religion for non-Muslims and easy comprehension. Looking forward to the coming publications on more pressing and insightful articles that answer beyond the FAQ.