The Law Society of Kenya has now written to the Clerk of the National Assembly to reject a bid to have Court of Appeal Judge Mohammed Warsame vetted to determine his suitability to be appointed a member of the Judicial Service Commission.

The move, which followed President Uhuru Kenyatta’s decision to forward Justice Warsame’s name to the National Assembly, has caused an uproar with senior lawyers such as Ahmednassir Abdullahi saying the move is unconstitutional.

In his letter, LSK President Isaac Okero said the only nominees that should be vetted by MPs are those appointed by the President from among members of the public, who are not lawyers.

He said the intended vetting of Justice Warsame, who was recently re-elected by Court of Appeal Judges to serve a second term, by invoking Article 250(2)(b) is completely untenable and a violation of the Constitution as it ignores Article 258(1).

He said Article 171 of the Constitution sets out in specific detail how the JSC is established and that only Article 171(2)(h) provides for the appointment of two members representing the public, and not being lawyers, subject to the approval by the National Assembly.

Lawyers and other Kenyans have hailed LSK’s position on the matter.

Rarieda MP Otiende Amollo, who is a lawyer, tweeted: “This is overreaching! Parliament has no jurisdiction to vet persons elected by Judges & Advocates!”

Here are other reactions:

Why is the government of Kenya just too scared of Justice Warsame going back to the JSC? By 16 to 4 votes his colleagues have shown great confidence in him. As an elected member of JSC, parliament has ZERO role in vetting him.But we all know the strategy approved by GOK last week pic.twitter.com/iidcD1FxEO

Dangerous. What happens in the event Parl vets out a judge electected by colleagues into JSC? Aren’t most of the qualities required to make it as JSC member same as those required of a judge. What becomes of the judge after he’s failed by a committee of Parl for a JSC slot?

All who are re-elected or re-appointed to same Office have never been re-subjected to Public & Parliamentary Vetting. My Classmate & Friend, Justice Mohamed Warsame Of Court Of Appeal was re-elected to JSC .. Why is being re-subjected to Vetting? Aren’t ALL Equal before the Law?

Judge Mohammed Abdullahi Warsame is an elected representative of the Court of Appeal to the JSC by virtue of Article 171 (2) (c) of the Constitution. A President and the National Assembly have no business “appointing” or “vetting” him. It is intellectual idleness. 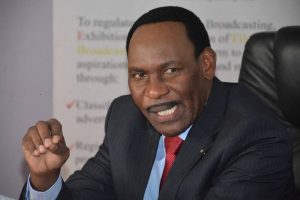