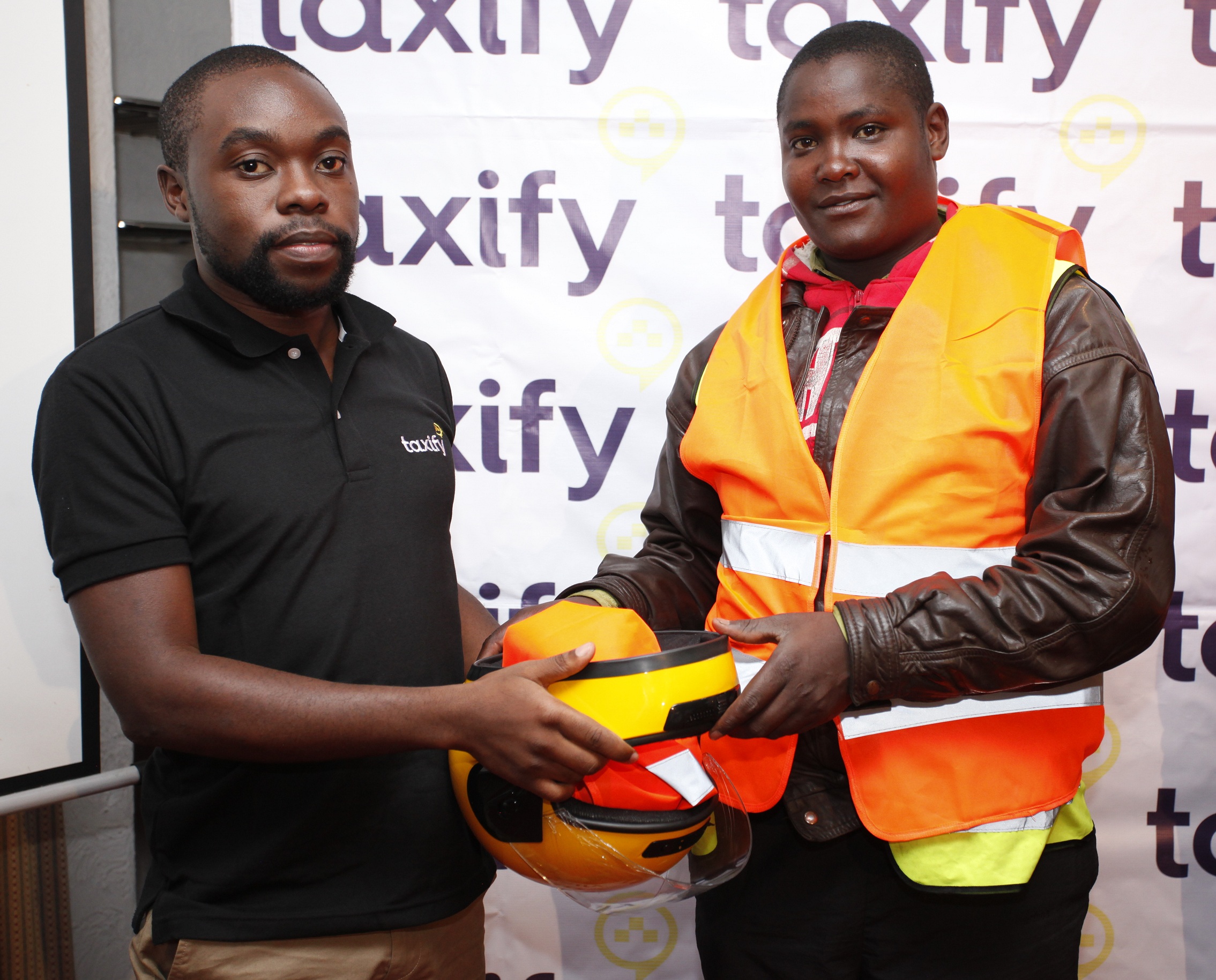 Ride sharing firm, Taxify has introduced a new motor bike hailing service that works within their existing smartphone application being used by vehicles. This is the second country among those where the firm operates that it has launched the service known as Taxify Boda.

Speaking during the launch event in Nairobi, Chisom Anoke, Taxify Kenya Operations Manager said that the firm had developed the new service in response to a growing demand for a safe, organized and reliable motorbike service.

“Rising use of motorcycle riders for public passenger transport is a reality that we have to live with particularly in Nairobi where traffic jams and clogged roads delay movement,” he explained.

To incentivise Taxify Boda drivers, the firm has started off with an attractive offer to the drivers with a minimum fare of Ksh 50 per trip. The fare is set at Ksh 30 base, Ksh 15 per KM and Ksh 3 per minute; and with conservative estimates that the Taxify Bodas will carry out 100 trips per day, the firm expects each one to take home Ksh 1,500 gross daily income translating to Ksh 45,000 per month.

Taxify Boda will place a strong emphasis on safety for both the driver and passenger. Anoke explained that the application is able to monitor the behaviour and providing passengers with a platform to immediately share user experience and rate the driver.

The firm has put in place stringent rules to ensure the safety of passengers. It is mandatory for both the rider and the passenger to wear a helmet and a reflective jacket. Nobody except those with disabilities are allowed to sit facing sideways as the rules only allow passengers to sit astride.

Anoke explained that by providing a smart phone application linking passengers to motorcycle drivers, Taxify Boda is contributing to the overall structuring of the informal transport economy, estimated to already ferry at least 10,000 people daily in Nairobi alone.

“We want to help the motorcycle drivers formalize their businesses by providing them with a platform to track trips, earnings and even plan for personal development initiatives such a saving with a sacco. Since they are already trying to establish formal groupings, Taxify Boda will greatly raise their operational focus and even eventually make it easier for them to afford to purchase new motor cycles,” she added.

Taxify will work closely with National Transport and Safety Authority officials and National Police Service to enforce the safety guidelines.

Interested drivers will be required to use motorcycles whose earliest year of manufacture is 2015. They will also need Public Service Vehicle Insurance, two reflective jackets and two helmets.

READ: Meet the generation that can’t live without social media

The drivers will also undergo thorough verification before being accepted by Taxify. “The system we have in place enables us to carry out thorough background checks in partnership with the NTSA and the Kenya Police Service”, said Anoke

Drivers who are found to have contravened the rules will be automatically blocked based on the passenger ratings. If necessary, the cases will be escalated to the safety and police authorities for further disciplinary action.