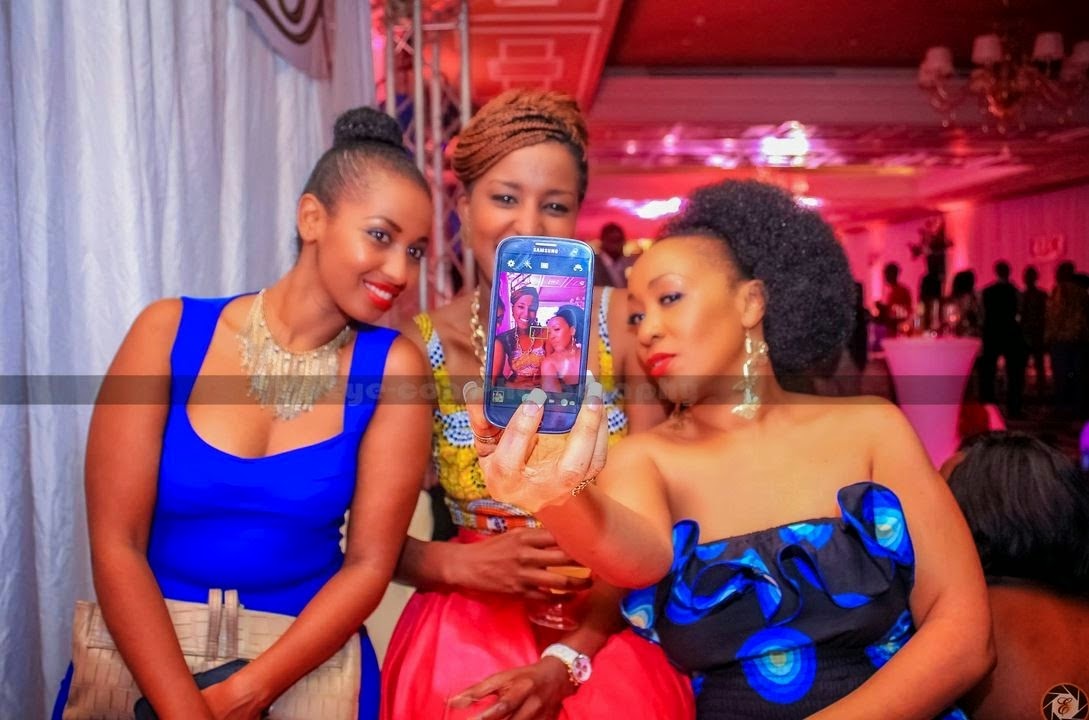 A new generation is emerging across Africa who have never known life without the internet or social media. How will their consumer behaviour and spending patterns shape businesses in the future? And as more Gen Zs enter the workforce, how will their new ideas and approaches alter the workplace?

Most Gen Zs have likely never posted a letter, read a newspaper, used a library file referencing system – much less an encyclopedia, searched for content alphabetically, navigated using a map, looked up a number in a phone book, rented a movie, endured a broadcaster’s choice of viewing schedule, bought or used a CD/DVD, or even used a mobile device with a numeric keypad.

Gen Zs source their trivia and news from the likes of Buzzfeed and 9gag, study using SparkNotes, self-teach using YouTube tutorials, line up their own choice of streamed entertainment including vlogs on YouTube, run real and fake social media accounts (curated for public and private consumption), instantly identify and discover music and entertainment content using Shazam on their mobiles, ‘crowdsource’ their opinions via social media, receive invitations via social media event alerts, group chat on instant messaging, find love via social media and dating apps, and find their way using Google Maps. This generation is immersed in a digital world.

Across the developed world, Millennials, who reached adulthood in the early 2000s, embraced the digital revolution and helped drive its innovation, while Gen Z was born into a digital world and cannot remember a time before internet access, smartphones and an ‘appified’ world. Globally, Gen Z habitually multi-screens, is connected to a multitude of messaging platforms and social media apps, and is accustomed to a pay-per-use ‘sharing’ economy.

Analysts believe this generation has lost faith in formal tertiary education and the traditional career path, and may be more inclined to move directly into the workplace if possible.

US marketing agency Sparks & Honey found in a recent survey that only 64% of Gen Z-ers are considering an advanced college degree, compared to 71% of Millennials, Gen Z, inundated with information and communication channels, is reported to have a lower attention span than any preceding generation. Up to 60% of Gen Z youths polled by Sparks & Honey want to have an impact on the world, and around one-quarter are involved in volunteering. Google’s study of teens, entitled ‘It’s Lit’, concluded there were around 60 million Gen Zs aged 13 – 17, with a purchasing power of up to $200 billion a year, thanks to their influence on household purchases. 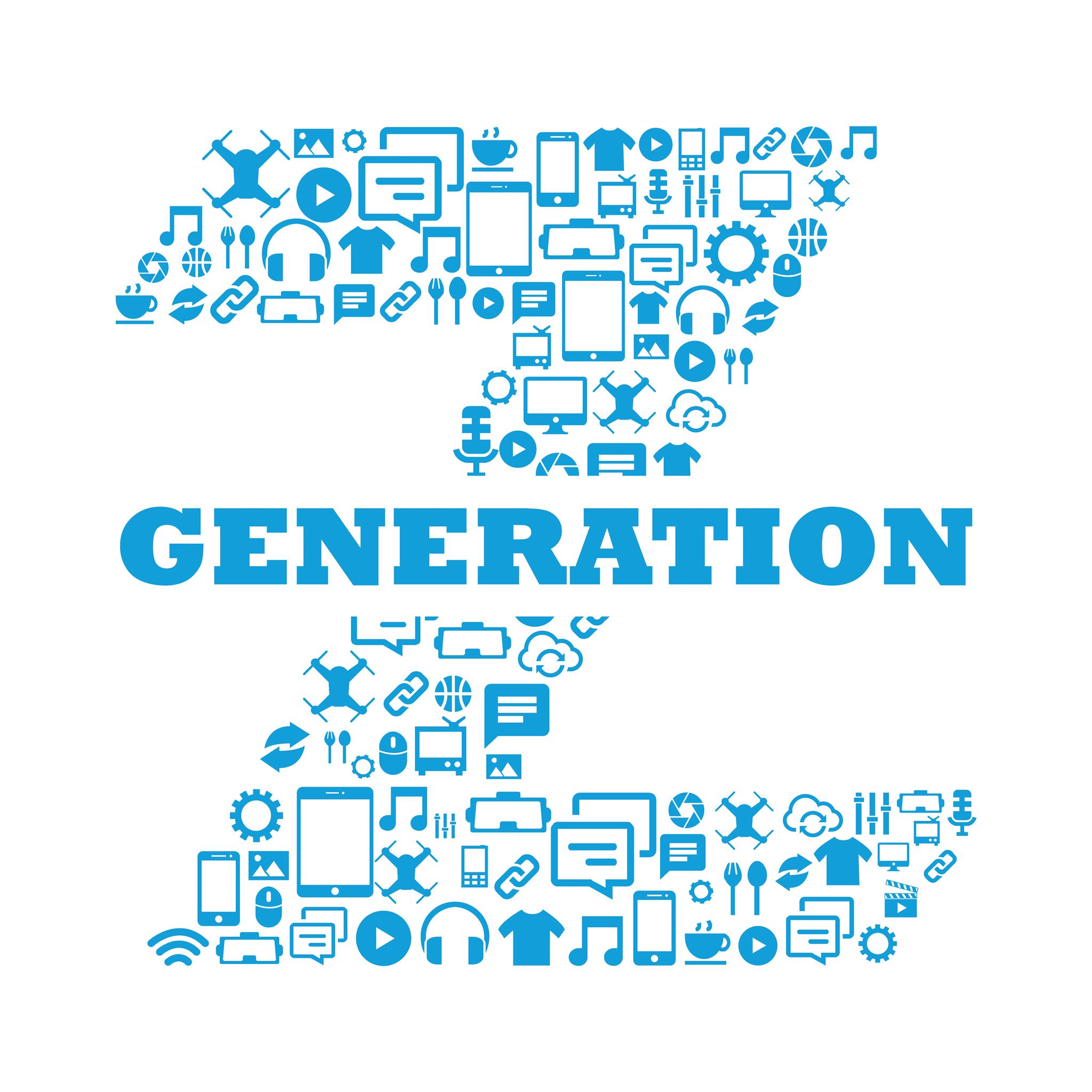 Africa’s Gen Z is a disparate group, however. Unlike Gen Z in the more developed world, much of Africa’s Gen Z faces more basic challenges and a range of unique priorities.

While the developed world’s Gen Z has typically grown up in a digital environment, millions of youth across Africa have yet to experience the basics such as reliable electricity, adequate sanitation, dependable education and digital technology.

Internet penetration across the continent still falls well below international averages, and data costs remain relatively high, excluding millions of Gen Zs from the international digital world. South Africa, with one of Africa’s highest internet penetration levels, passed the 40% mark in 2017, according to World Wide Worx’ Internet Access in South Africa 2017 report. This report noted, however, that income disparity was a major factor in the digital divide.

The ITU’s 2017 IT Facts and Figures report noted that in 104 countries, more than 80% of the youth population are online. In developed countries, 94% of young people aged 15-24 use the internet compared with 67% in developing countries and only 30% in Least Developed Countries (LDCs). Nearly 9 out of 10 young individuals not using the internet live in Africa or Asia Pacific.

Therefore, one of the key differentiators between Millennials and Gen Z – growing up as a ‘digital native’ – does not apply to millions of African youth. This divide may align millions of youths more closely with Millennials than with Gen Z. But there is no telling how quickly they may bridge the divide and identify with Gen Z once they have affordable high-speed access.

Acknowledging the difference between international Millennials and pan-African youth, some industry watchers adopted the term ‘Afrillennials’ for the younger Millennials.

Student Village, which coined the term Afrillennial™ after extensive research, said key‘Afrillennialisms’ included an indebtedness to families and community, with an associated feeling of responsibility to give back; as well as a deep commitment to transformation and cultural diversity. The differences between Afrillennials and global Millennials are likely to extend into the Gen Z zone for years to come.

The rise of the innovators

With their natural Gen Z affinity for technology, Africa’s youth are poised to drive massive digital innovation, which presents both employment opportunities for them and socio-economic development hope for their countries.

Oswald Jumira, Group Head of Innovation Partnerships for Liquid Telecom, works closely with global vendors, innovation hubs, start-ups and other strategic partners across the Liquid markets to implement the group’s innovation strategy. In recent months, Jumira has been developing partnerships with innovators and start-ups across Africa. Many of these innovators are ‘cusp Millennials’ and Gen Zs, he reports: “We are seeing massive innovation coming out of Africa, much of it from very young entrepreneurs. It’s encouraging.”

Jumira believes innovation hubs and the efforts of large enterprise to take ICT skills development to school-age youths is helping drive this groundswell of innovation among Africa’s youth. “Across Rwanda, Uganda, Kenya and Tanzania, for example, there is a lot of activity in terms of teaching the youth to develop apps. And many of the award-winning and most promising apps coming out of Africa, designed by the youth, address uniquely African problems.”

Africa’s Gen Z is displaying value systems that differ from those of their predecessors, says Jumira: “They are growing up in a global sharing economy, so they have a new approach to ownership of goods. They are very passionate about what interests them and will immerse themselves in it. They are also very entrepreneurial, confident, and less likely to want to work for a boss.”

While these traits may be encouraging in terms of Gen Z’s potential to innovate, Jumira believes they will also force change in the traditional workplace. “Gen Z is impatient and dynamic, they adapt to change easily. So they might get frustrated by the ‘old guard’ and traditional ways in the workplace. They don’t want to be taught so much as to self-teach in an environment that facilitates this.”

GfK research, in its report ‘GenZZA – capturing tomorrow’s opportunity’, noted that up to 41% of South Africa’s population is aged 21 or younger. While this generation may not yet have significant spending power, it is already influencing consumer behaviour and buying decisions among older generations – particularly in the technology arena. This generation is also set to disrupt across society and work in years to come, says Rachel Thompson, Insights Director at GfK.

“In defining Gen Z in South Africa in particular, we must remember that this is not only a generation raised in a digital environment, but is also the ‘Born Free’ generation – born after the dawn of democracy in South Africa,” she says.

This means that South Africa’s Gen Z has been shaped not only by technology, but also by socio-political factors. “The Born Frees are an equal opportunity generation, often the most educated in their households, and have grown up in a society characterised by uncertainty and change. This has influenced their attitudes and priorities, making them significantly different from any generation before them.”

Thompson believes key defining attributes of South Africa’s Born Free Gen Z include fluidity and disruption. Everything from gender identity and beauty ideals through to family structure and career progression is fluid in the Gen Z environment, leaving this generation free to invent themselves, the rules they live by and the world they choose to live in.

This also puts pressure on them, says Thompson: “There is so much change happening in the world and this generation is concerned about a lot – including socio-political injustice and the environment. Many are under pressure to succeed since they were raised by Gen X perfectionists, and may have been given opportunities their older relatives never had.”

Despite the pressure to perform and a plethora of challenges to overcome, Gen Z is showing several distinct attributes not seen in earlier generations, says Thompson. Among them are a solid sense of self-worth, a drive to succeed and an inclination to co-create.

“In our research focus groups, we have found that Gen Zs embrace their differences and celebrate the unusual, rather than conforming to stereotypical ideals. They embrace disruption, are typically less risk averse than earlier generations, and have high aspirations and high expectations of themselves.”

GfK research has found that Gen Zs are highly enterprising, challenge the status quo and expect their voices to be heard. For future employers, this could present both challenges and opportunities.

“Enterprises wanting to be the disruptors rather than the disrupted should harness these characteristics. They should create an environment in which Gen Zs have some level of autonomy and space in which to innovate,” Thompson says.

For brands targeting Gen Z, the generation’s co-creative spirit presents opportunities to go to market in ways previously unheard of.

Thompson says: “On our research question ‘I will be more loyal to a brand that lets me give input and help shape the products’, 76% of Gen Z participants said yes. This generation, with its sense of self-worth, believes its opinions count and is happy to become involved in creating products for market. So progressive brands can involve Gen Z in shaping new products, going to market with products in beta for example.”