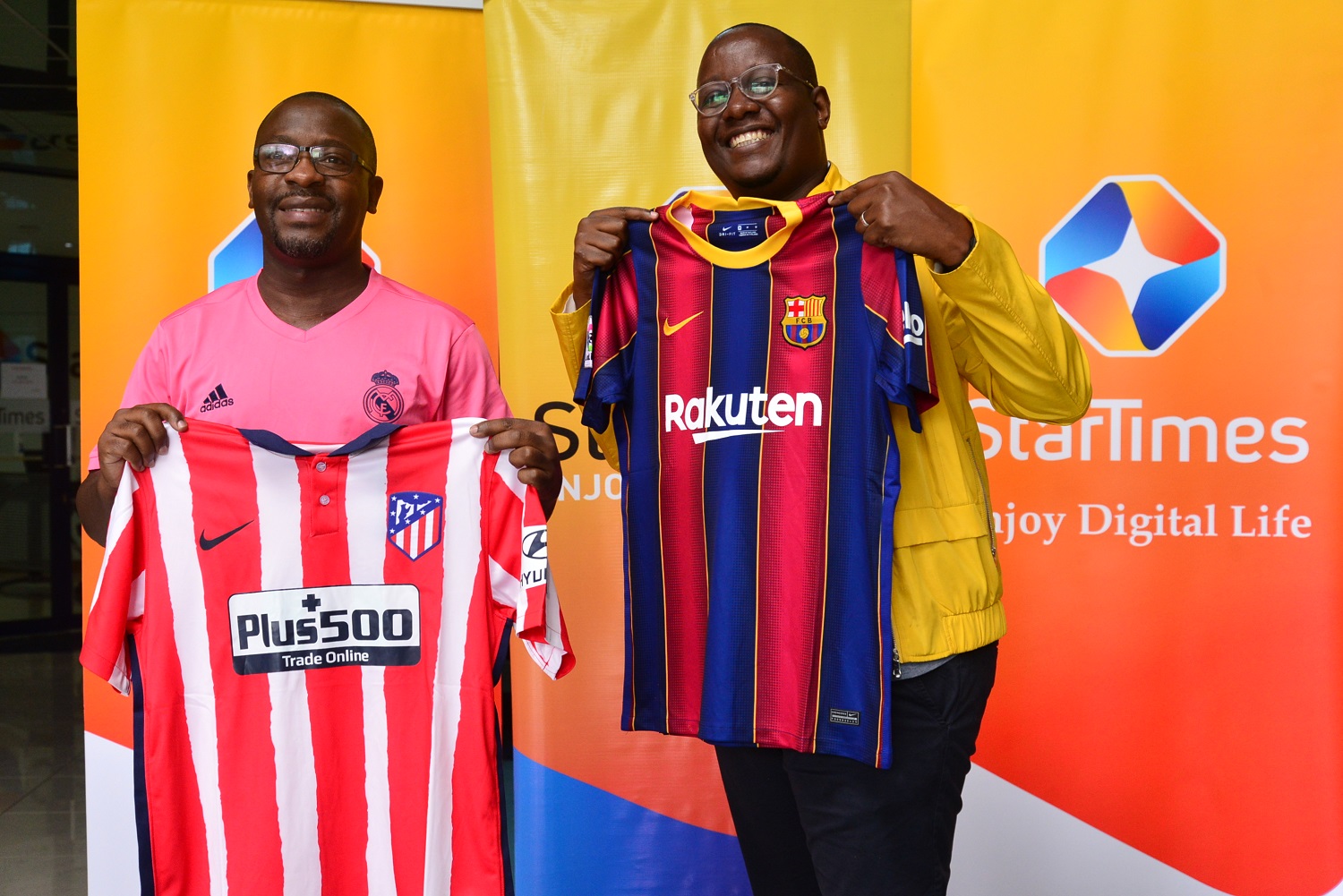 The exciting Spanish league will broadcast live and in High Definition on StarTimes sports channels as well as through the broadcaster’s online streaming application, StarTimes ON. [ Photo / Courtesy ]

PaytTelevision company StarTimes Kenya on 20th August announced its acquisition of LaLiga Santander broadcasting rights for four seasons beginning with the 2020-21 season up until 2024 across sub-Saharan Africa. At the same time, it unveiled the start of the second edition of UEFA’s latest international tournament, the UEFA Nations League.

The company has secured the transmission rights of the Spanish top-tier league, which will be broadcast across its media platforms for subscribers in 47 territories including Kenya.

“We are delighted to announce our acquisition of LaLiga Santander broadcast rights this being one of the most prestigious football competitions in the world. Soccer has been core to StarTimes’ sports content strategy and this latest acquisition highlights our commitment to provide the best football experience to our subscribers,” said Mr Aldrine Nsubuga, StarTimes Regional Marketing Director.

The exciting Spanish league will broadcast live and in High Definition on StarTimes sports channels as well as through the broadcaster’s online streaming application – StarTimes ON – from the kickoff of the 2020/21 season on September 12.

Melcior Soler, LaLiga’s Director of audiovisual department said, “this agreement provides an exciting new way for French-speaking fans across sub-Saharan Africa to get closer to our competition. StarTimes has a strong presence in the region and proven expertise in sports in general and football in particular, which will help us all to reach as wide an audience as possible.”

LaLiga adds to the rich football menu that will be available to StarTimes subscribers with the broadcaster also set to air the second edition of UEFA’s newest national-team competition, the UEFA Nations League, from September 3rd 2020 where 55 European nations are expected to square it in four groups.

See Also >> The Different Bets You Can Place on Football

Standout fixtures of heavyweights including Germany vs. Spain, Sweden against France and titleholders Portugal vs. Croatia expected to kick start the tournament.

“StarTimes subscribers can equally look forward to the new Europa League season where Arsenal will carry the flag for the Premier League, European cups including Coppa Italia and the Spanish Copa del rey,” added Mr. Nsubuga.

Basketball fans have also been catered for as the popular NBA which is currently in the play-off stage is being broadcast on the newly added ESPN 2 and ESPN 1 channels. This content has enhanced StarTimes Classic and Basic bouquets without increasing price which means that our customers are now getting more value for their money.”