Nairobi Governor Mike Sonko's daughter, Salma, poses with a pistol in this file photo. Interior Cabinet Secretary Fred Matiang’i sought to have all civilian gun holders vetted afresh to enable his ministry have a digital register for all firearm holders.

As Directorate of Criminal Investigations (DCI) detectives continue to investigate city lawyer Assa Nyakundi over the fatal shooting of his son, Joseph Nyakundi, 29, questions are being raised over the country’s gun control policy.

The senior Nyakundi, a licensed firearm holder for more than 20 years, is under investigations in the case, which has gripped the attention of the country for the past three days.

On Monday, the lawyer told detectives that he shot his son ‘accidentally’ en-route home from church at around 1.00pm as he retrieved his gun from a seat pouch.

The key question is, would Joseph’s death have been prevented if Kenya adopted a stricter gun control policy sooner?

And how many guns is one allowed to possess and of which calibre? In Nyakundi’s case, a search at his Muthaiga North residence on Tuesday yielded two more guns and 471 rounds of ammunition kept in different rooms in the house. A pistol was found inside a safe in one bedroom and a shotgun in a shoe rack in the library.

Another grey area: What if the lawyer underwent mandatory shooting range sessions after every three months, would the ‘accident’ as he claims have been prevented?

In Uganda, all licensed firearm holders are required to undergo shooting range sessions after every three months. The gun regime is properly regulated there and that has led to low crime statistics in the country.

On November, 24, 2018, Interior Cabinet Secretary Fred Matiang’i disbanded the Firearms Licensing Board 10 months after appointing a new chairman and a secretary.

While doing so, the CS lamented firearms licensing had become a cash cow for regulators.

The Ministry followed up the constitution of the new board with issuance of a 90 day moratorium for all civilian licensed firearm holders to surrender their firearms before fresh vetting.

Although the government’s orders were quashed by the High Court on December 17, Business Today has learnt that the state and the National Gun Owners Association of Kenya (NGAO) have reached an out of court settlement and fresh vetting of all registered civilian firearms is underway.

Matiang’i sought to have all civilian gun holders vetted afresh to enable his ministry have a digital register for all firearm holders.

To be a licensed firearm holder, one needs to undergo mental tests to assess their suitability but over the years the vetting process had been abused with rogue regulators minting a fortune from a flawed process.

The result has been increased cases of extrajudicial killings, frequent bandit attacks and cold blooded murders.

Enock Makanga, the managing director of Victory Security Consultants Ltd, welcomes the government’s move to regulate the sector saying it was ‘long overdue ‘.

“As a country, it was about time we ensured that guns are in the hands of the right people,” said Makanga in an interview with Business Today ” What was happening is that people of questionable character were being granted licenses and in some instances being cleared to possess three or four guns. which they don’t need.”

Questioned on the impact a digital registry for all licensed firearm holders will have Makanga said “I think its the right thing to do because holders will be disciplined knowing that the government is in possession of their ownership details,”

Makanga, however, warned that more still needs to be done to rein in on unlicensed firearm holders.

“Speaking of gun control, you must factor two key issues in your argument. There are the licensed owners who the government is vetting afresh and there are the illegal owners who acquire them from the black market who need to be reined in as a matter of urgency,” said Makanga. 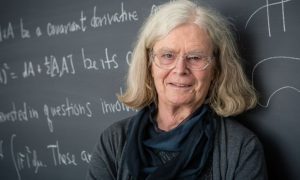