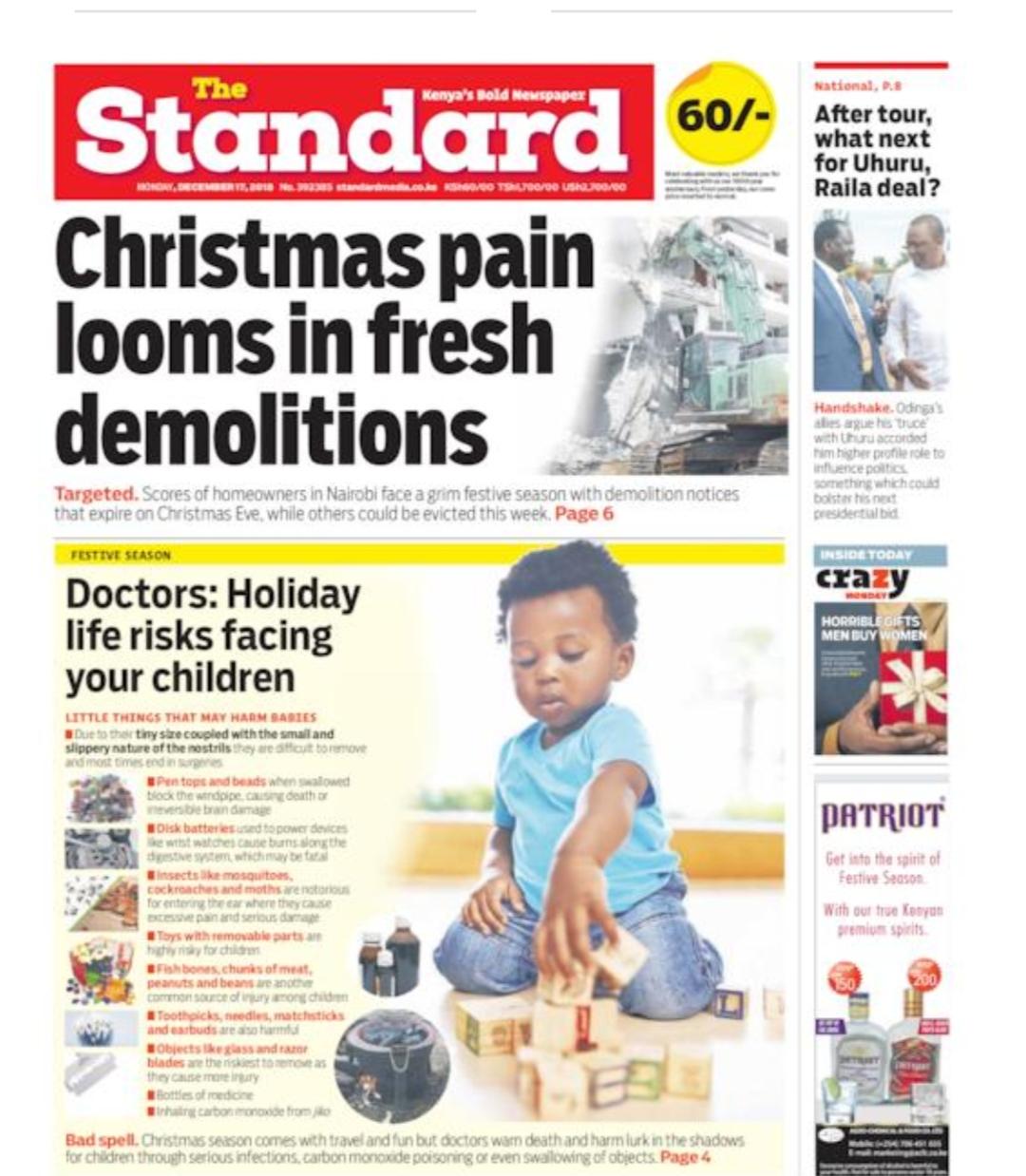 The Standard reverted to its old cover price of Ksh 60 on Sunday taking readers who have missed an advert that appeared a week ago indicating that the Ksh 50 offer was only temporary by surprise.

Beginning December 6, the Standard had announced it would retail at Ksh 50 in a move the management said was “aimed at giving back to its readers as the company celebrates 100 years in the industry.”

“From December 6 grab a copy of The Standard newspaper at Ksh 10 less as we say thank you for all you have done for us. As we continue to provide our loyal readers with the quality they deserve, we are giving you your ten back,” read a notice published in the newspaper, which ran for one week. 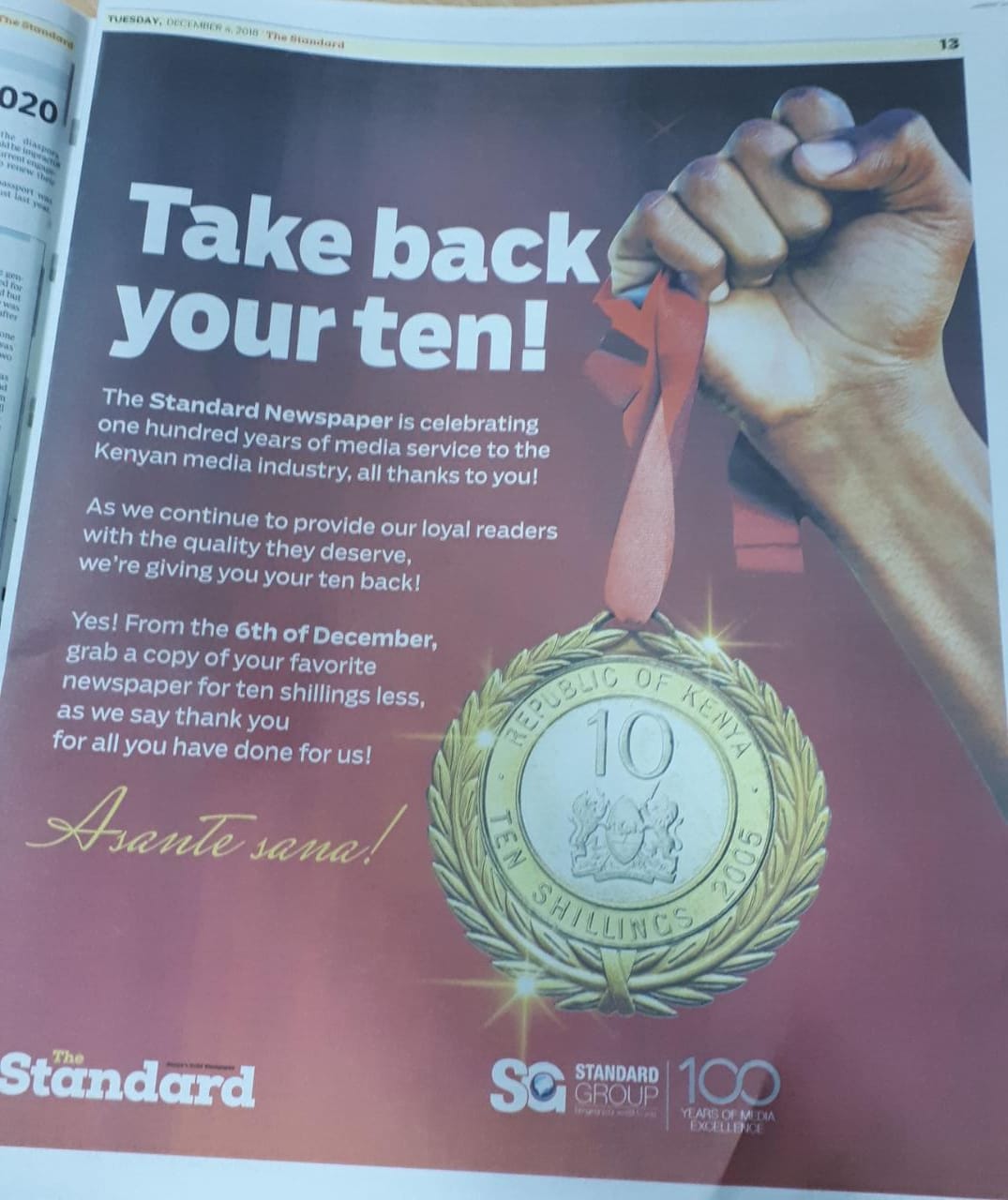 Critics were, however, quick to note that the newspaper had marked 100 years way back in 2002 during which it adopted the slogan 100 Years of Excellence in Journalism.

Nevertheless, the new ‘centenary’ was marked with pomp and glamour, including road shows, amid sentiments it could have been a tactic to reduce the price without courting scrutiny amid falling circulation figures.

Then last Monday, the newspaper announced it would revert to the old price with effect from Sunday, 16th December. 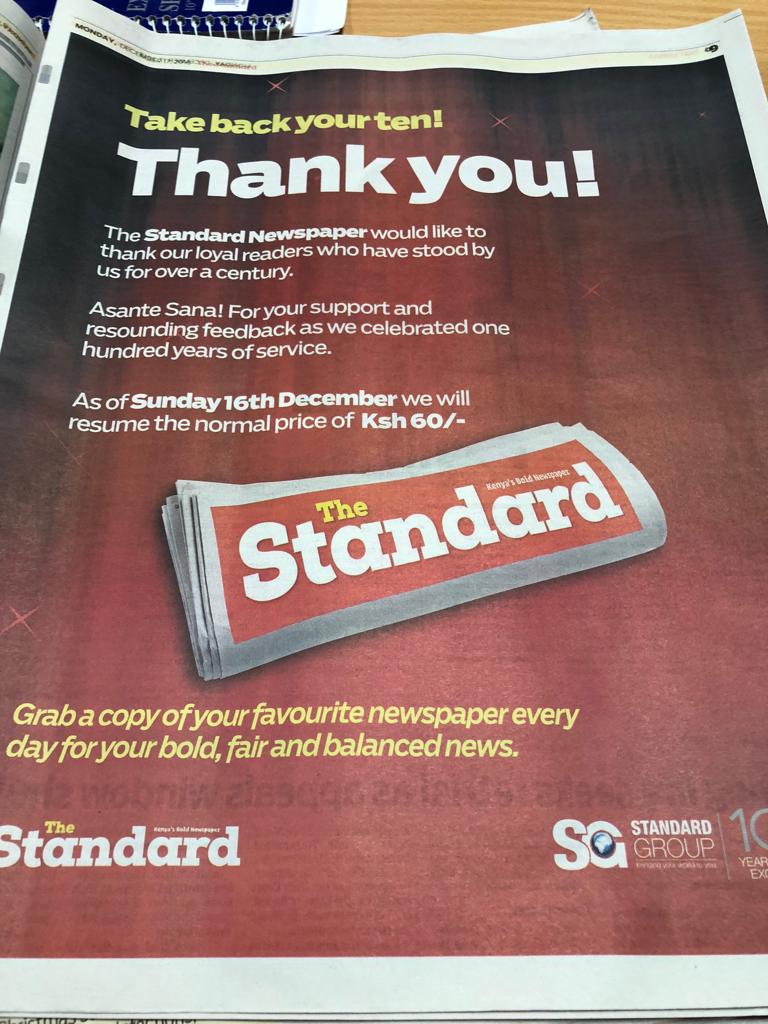 It is still not clear what informed the decision to go back on the offer and whether it had been part of the initial plan all along.

The newspaper, like its competitors, has faced lean times in recent years which were worsed by last year’s hotly contested elections that dipped ad and circulation revenue. 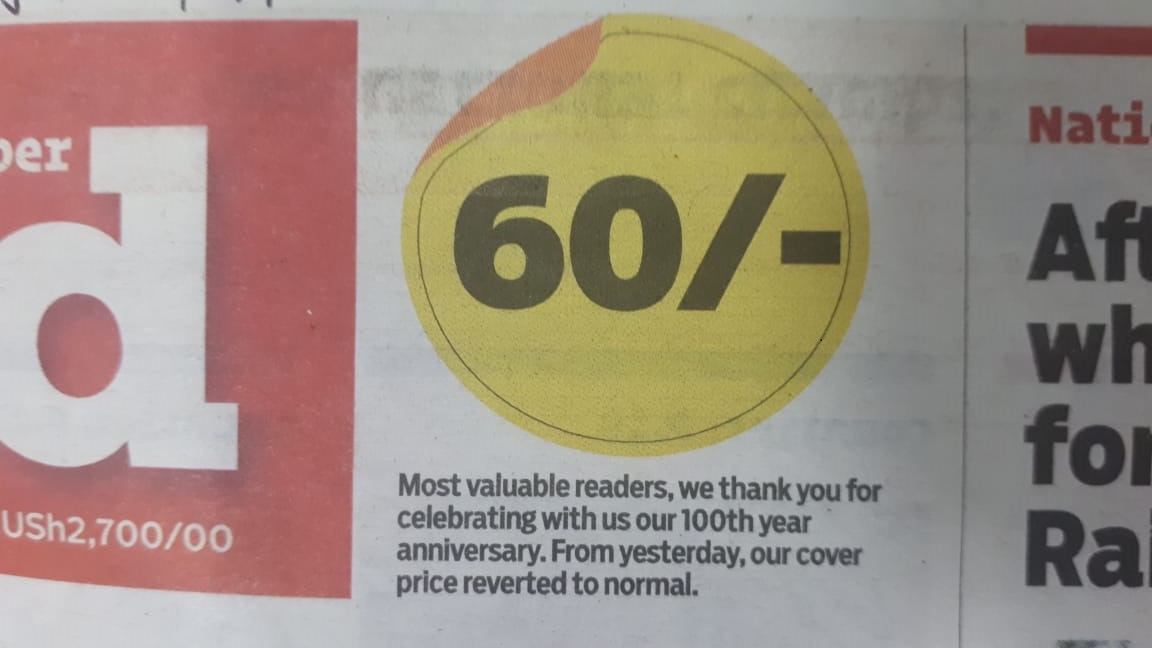 Circulation figures are said to have plunged 15-20% in the last two years, a fact outgoing Editorial Director Joe Odindo confirmed to staff at a recent meeting.

However, things appear to be smiling up and staff are set to get an annual bonus for the first time in a long time after the met their revenue targets for the period up to 30th November 2018.