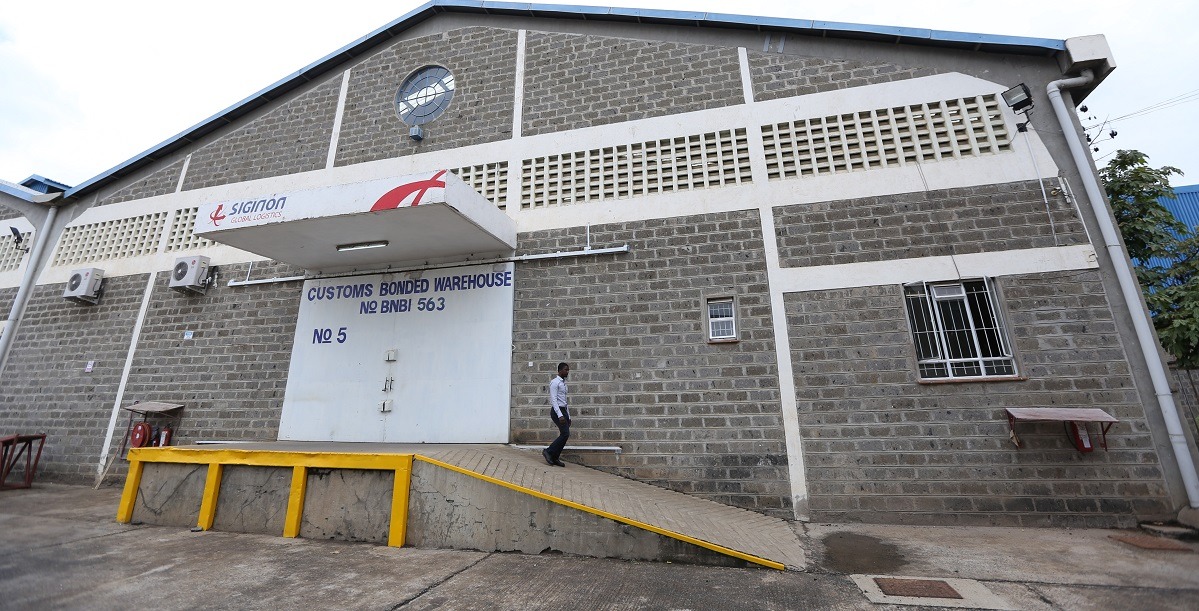 Siginon Group, a leading transport & logistics player, has found itself in the mix in the ongoing investigations into the expenditure on dams for handling 10 of the 28 vehicles bought under the project and held in their customs bonded warehouses at the Jomo Kenyatta International Airport (JKIA), Nairobi.

It has emerged, that Siginon was contracted by the importer of the vehicles, CMC De Ravenna Intinera JV Kenya, to offer customs bonded warehousing at its JKIA Nairobi premises.

“The vehicles remain under customs bond in the control of Kenya Revenue Authority at our JKIA warehouses,” says Siginon Group Managing Director Meshack Kipturgo. “Due process was followed in the engagement of both the client and all other concerned government agencies.”

With over 34 years in the logistics industry, Siginon Group supports ethical business that nurtures growth in the industry and boosts economic growth, which has earned it various industry accolades.

Vehicle importation is a straightforward business that requires a customs licensed agent such as Siginon Group to facilitate the cargo handling logistics at the port and facilitate respective customs procedures.

The goods can only be removed from the bonded warehouse through an entry C17B/C410 in the customs Simba System which requires taxes to be paid to customs.

Goods to be bonded are guided by the Customs Act regulation 61. Once imported into Kenya the goods are cleared from the Port of entry for transfer into a bonded warehouse via an entry lodged in the Customs Simba system called C17B/CPCW700, which is the customs code used for bonded goods.

[ Read Also: How social media is being used in brand assassination ]

Once the entry is accepted in the system by the customs bond keeper, an online message on the SIMBA system is sent to approve the movement of the goods from the entry port to a licensed customs bonded warehouse.

On arrival at the warehouse, a customs bond officer on the ground, physically confirms and accepts the goods to be bonded in the warehouse after first authenticating details such as the vehicle chassis and engine numbers.

In light of the current investigations, Mr Kipturgo concludes, “Siginon management has and will co-operate fully with the law enforcement and investigations agencies.”

[ Don’t Miss: This Kenyan, a Silicon Valley graduate, is turning leasing upside down ]