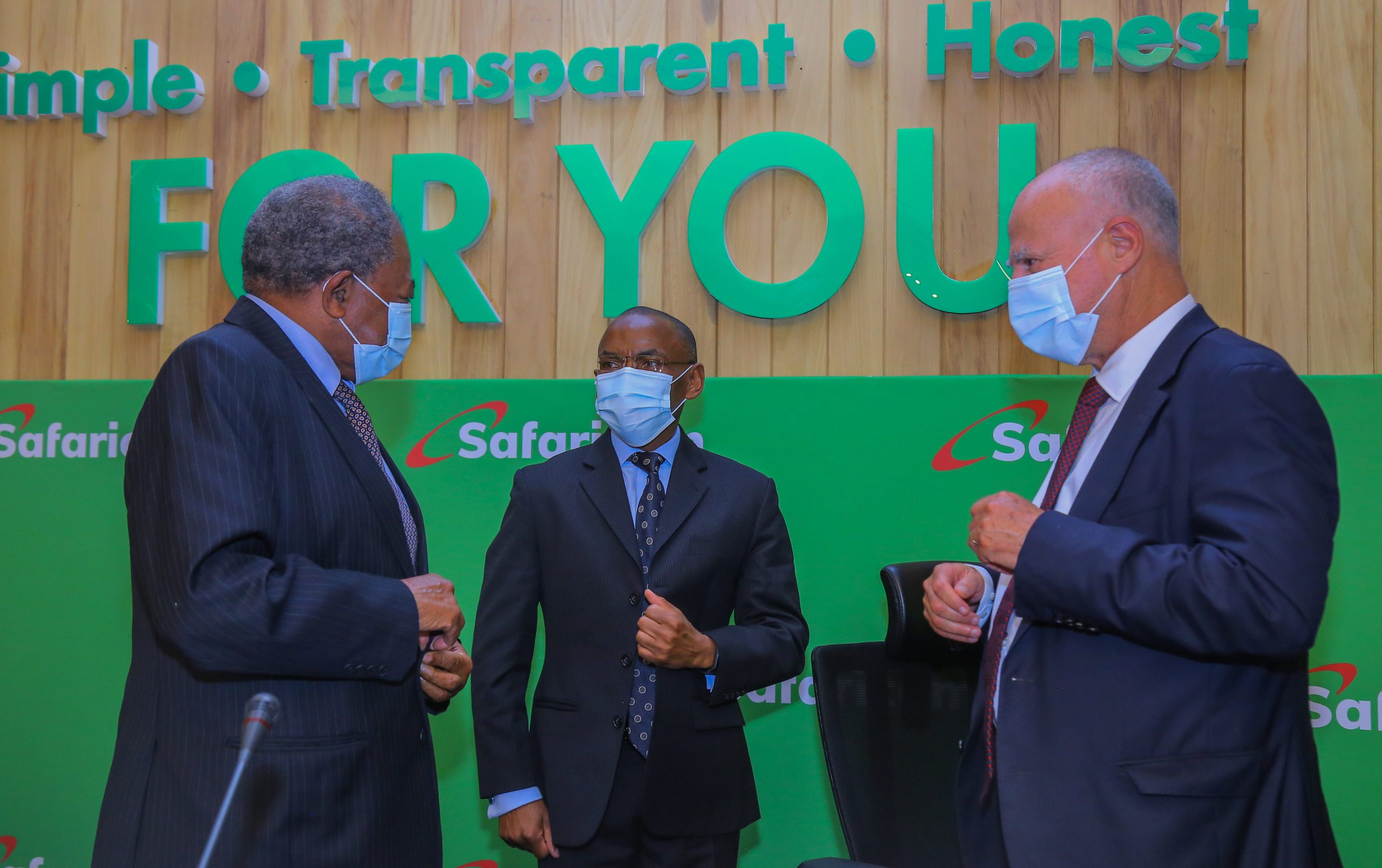 Safaricom shareholders on Thursday approved a Ksh56 billion dividend payment, at Ksh1.40 per share for the Financial Year Ending March 31, 2020, up from the Ksh1.25 paid in 2019

This was revealed during the company’s 12th Annual General Meeting (AGM) on Thursday. The disbursement, which is equivalent to 80 percent of its normalized earnings, is a 12% increase from last year.

The government is expected to be receive the largest payout at Ksh19.3 billion.

In 2019, the company issued a special dividend of Ksh0.62per share bringing the total dividend issued to shareholders of Ksh1.87, amounting to Ksh74.92 billion.

“As a purpose-driven business, Safaricom has been prioritizing support to Small and Medium-Sized Enterprises. We hope that the dividends they receive as shareholders will give the much-needed boost for their businesses during this difficult COVID-19 pandemic period even as we come up with ways to ensure we support them post COVID-19,” said outgoing Chairperson Nicholas Ng’ang’a.

In the Financial Year ended March 31, the company posted Ksh71.7 billion profit after tax, representing a 14.3% growth compared to the previous year.

During the AGM, the company also announced the appointment of Michael Joseph as Chairperson who replaces retirement bound Nicholas Ng’ang’a.

Nganga sat on the Safaricom board of directors for 16 years of which 13 were as chairperson.

Mr. Nganga took up the leadership reins at a time when the government was offering 25% of its shares to the public through the Nairobi Securities Exchange in 2008.

He managed to grow shareholder value by 607% of share total shareholder returns since listing. Safaricom market capitalization at Ksh1.075 trillion is worth 50% of all the listed firms at the NSE.

At the time of his appointment as chairperson, Safaricom had slightly over 6 million customers, 1,000 employees, and only 8 Safaricom shops across the country.

Mr. Nganga retires from the telco that now serves over 35.6 million customers, across 50 shops and hundreds of service desks across the country, with a staff force of over 6,500 employees.

He led the board in overseeing the rapid network development in the country, having started with 3G upgrading on his appointment at a cost of Ksh 1 billion in 2007.

“I am happy that I handover the leadership baton to Michael whose skills and energy I have had the chance to see and appreciate over the years. I am grateful for the opportunity to serve, not just the board but also the shareholders and the company. Throughout the years, I am proud of the numerous moments that I have been involved in, steering and guiding this great organization to the enviable position it is today,” said, Mr. Nganga.

Companies have been forced to embrace off-site working, others have adapted seamlessly while others have struggled