With a lockdown looming large, how do you prepare yourself financially

They were supposed to be laughing all the way to the bank, but nearly two weeks after they were fired and promised immediate compensation, employees recently laid off by Mediamax Networks Ltd cut a sorry image.

To add to the woes of suddenly losing their jobs, they are now experiencing the pain of empty pockets. The company – which runs TV, radio and newspaper businesses – has yet to pay the dues of the 160 workers it kicked out on 30th October 2019 as it acted to reduce its operating expenses.

When they were given redundancy letters, the former workers were promised to be paid within two days, which have turned into days and nearly weeks. By the look of things, this could turn into months.

This is an indication that perhaps Mediamax was not prepared financially for the retrenchment and casts the spotlight on acting CEO Ken Ngaruiya, the chief surgeon of the restructuring.

The script is similar to how it handled retiring works few months ago, who were enticed to sign exit letters only for the company to turn around and deny them gratuity payment. One of the long-serving employees in the group is said to have been paid Ksh20,000!

The company even brought in financial consultants from BRITAM to advise them on how to invest their terminal benefits. The company risks getting demand letters from frustrated employees since the redundancy letters committed to pay up upon sacked employees signing them.

Read Also >> At KBC, Over 300 Employees Plann to Strike

Those who talked to Business Today said efforts to follow up on payments are met with lukewarm reception and a promise to wait for “a short time.” The company owes employees millions in accrued leave allowances and a gratuity of 15 days for every year worked, which cumulatively runs into millions of shillings.

The former employees have also encountered another shocker. Their dues will be subjected to 30% income tax, a HR official at Mediamax told BT. The tax will inflict a huge dent on earnings, cutting down on the expected windfall for those who had worked for many years.

Worse, those who were sacked are unable to access their Sacco savings, which have been locked until the company clears with them. “The Sacco says it’s not processing any cheques for those retrenched,” said one of the former employees.

It is understood Mediamax is having trouble paying the dues due to cash-flow problems and has approached its principal shareholders who include President Uhuru Kenyatta and Deputy President William Ruto, for a bailout.

Those of those servicing various loans fear not only being auctioned but also being blacklisted through credit reference bureaus due to defaults on payments.

In wide-ranging lay-off, the Mediamax sacked most editors at K24 and Kameme TV stations, and a number of journalists and technical staff attached to them, as well as its newspaper, People Daily. Its vernacular radio stations were also not spared, with Kameme FV, Emoo FM, and Mayian FM losing a good number of presenters.

In the restructuring, big names rolled at K24, but new recruits – Betty Kyalo and Anne Kiguta – were spared the chop. Generally, employees who were retained are to be given contracts, a shift from the permanent and pensionable model. This is aimed at cushioning the company from expensive lay-offs in future.

Pressure is piling on Mediamax management as sacked employees seek their dues. The delay in payments has also held back plans by some employees to move to court over the lay-off as that would lock up their payments. 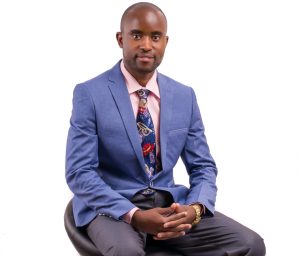