Kenya Broadcasting Corporation (KBC) headquarters in Nairobi. 300 of the broadcaster's employees are set to stage a strike over unpaid dues.

The Kenya Broadcasting Corporation (KBC) is staring at a crisis with employees expected to down their tools over unpaid dues running into millions of shillings.

The 300 journalists and other technical contract employees commonly referred to as artists have been running on empty for three months.

This bodes ill for the cash strapped state broadcaster which heavily relies on contract employees to run its operations.

The KBC board met yesterday but has yet to communicate its resolution on the matter even as the Kenya Union of Journalists officials prepare to meet management over the matter.

The planned December 7 strike would bring operations at the media house to a halt at a time the country’s first-ever TV broadcaster is “streamlining its operations” after years of being stuck in a rut.

According to sources, KBC’s board is in negotiations with the union to better the pay and working conditions for this class of journalists.

Most of the journalists earn between Ksh20,000 and Ksh50,000 and some of them have remained artists for over 10 years.

This will be new managing director Naim Bilal’s first major test following his appointment in March this year.

The former Nation Media Group (NMG) editor’s plate is already full as he attempts to pull out the corporation declared technically insolvent in 2016 from the doldrums.

KBC has been reeling from a huge loan obtained from Japan several years ago, a situation worsened by financial mismanagement and lack of government support.

Pro-government editorial policies and interference over the years, as well as competition from private players, have also made it difficult for the broadcaster to keep up with trends in the broadcasting industry.

COWU general secretary Benson Okwaro said pensioners are the worst affected with the pension scheme owed arrears in excess of Ksh982 million. ‘’Retirees have not been paid over the past one year. Five various saccos are owed about Ksh50 million while various banks are demanding Ksh10 million’’

Additionally, Mr Okwaro says KBC has also failed to honour a deal reached between the parties in 2017 on remittances of statutory dues, promotions, and the fate of contract staff 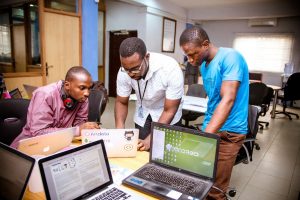