The Kenya Broadcasting Corporation (KBC) is on the spot over the manner in which it handled the procurement of  a comprehensive medical cover for its staff.

According to sources, between 2014 to August this year, the staff were covered by Madison Insurance. In the 2016/17, no tendering was done because senior officials in the Human Resource Department allegedly delayed the requisition to create a crisis which ensured there was no time for the long procurement processes in government. The management single sourced Madison Insurance to continue providing the services

The last procurement tendering committee that was finalised in August, but the staff only started enjoying the cover at the end of last month. The tendering committee had settled for Jubilee Insurance Company and it was to be given the contract at Ksh 85 million down from Ksh 118 million after the price was negotiated down between the two institutions management. This however did not happen because one week after, the tendering committee was recalled and was asked to look into an offer by the National Hospital Insurance Fund (NHIF) under what one source said were as a result of instructions from the Board of Directors. The committee wrote back to management and explained that it could not re-do the evaluation process, because it had already finalised its work. How NHIF got into providing services to KBC is subject to investigations from relevant authorities.

The HR leadership has been accused of practicing high-handedness in dealing with staff members while favourism is said to be the order of the day at Broadcasting House.

Staff members complain they struggle to get reimbursements after incurring medical expenses due to non-responsive managers in the HR department. When dealing with medical reimbursements, the HR department has gone to an extent of doing the internal audit of claims which should be done by the Audit Department who have the mandate to query them. This has made it hard for staff members to get quick refunds after using their own money on medical issue.

Sources that don’t want to be mentioned have informed us that one manager will take charge of implementation of the new NHIF cover in terms of a countrywide sensitisation to all our KBC outside stations on a full per-diem and once that is done, the job will be given to another HR staff to continue with the rest of the implementation.

The source continues to tell us that the lady was promoted twice in one year a few years ago against  the Code of Regulations and recently got a bigger role.

There has been continued corruption that is exhibited by HR department in discharging its duty. This was evident during the KECOSO games, which is an annual event which according to the HR department in the yearly performance contract is a calendar event which is supposed to represent a staff members social gathering. 70% of the participants who previously took part in the event were not staff members but ghost workers who bribe their way at a certain fee so that they attend the sports event.

In the meantime, KBC staff and retirees are suffering due to unremitted statutory deductions, as well as Sacco and bank loans leading to some of them being taken to Credit Reference Bureaus (CRB). 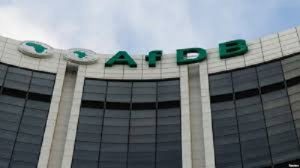 AfDB, global lenders launch first-ever Co-Guarantee Platform
This initiative will have a global outreach and aim at…