President Uhuru Kenyatta noted that the interest cap had led to the weakening of the effectiveness of the monetary policy.

President Uhuru Kenyatta today signed into law the Finance Bill 2019, setting Kenyans up for a regime of expensive credit.

The Finance Act 2019, among other provisions, repeals section 33B of the Banking Act that provides for the capping of bank interest rates.

Backers of the repeal say it is will enhance access to credit by the private sector especially the Micro, Small and Medium Enterprises (MSME’s) as well as cut out exploitative shylocks and other unregulated lenders.

As part of government efforts to support the affordable housing pillar of the Big 4 Agenda, the Finance Act 2019 exempts the National Housing Development Fund from income tax.

The President rejected the 2019/20 budget demanding that lawmakers remove a cap on commercial lending rates.

In his memo to the House, the President had noted that the interest cap had led to the weakening of the effectiveness of the monetary policy.

He said expansion of the economy will create employment which will enable the government to raise additional revenue from the increased productivity.

Critics of interest rate capping say its introduction in September 2016 slowdown private sector credit and that small banks have experienced a significant decline in profitability.

They argue, too, that rate caps hindered CBK’s role of utilising benchmark Central Bank Rate as a tool to stimulate growth.

The old law had capped commercial lending rates to not more than 4% above the Central Bank of Kenya base lending rate.

MPs, however, managed to amend the Finance Bill, 2019 to shield existing loans from higher interest rates.

Meanwhile, the new law introduces tax on income raised from the digital marketplace as a measure of ensuring equity in taxation. 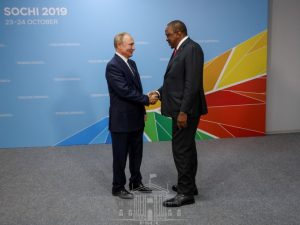