Retired Archbishop Ndingi Mwana a' Nzeki. He died on Tuesday.

Retired Catholic Archbishop Raphael Ndingi Mwana ‘a Nzeki has breathed his last after a long battle with illness.

The celebrated clergyman passed away on Tuesday morning bringing an end to a life that included half a century as an ordained Man of God.

Reports indicate that the 88-year-old passed away on Tuesday morning.

“A sombre morning as his Eminence John Cardinal Njue has announced the passing on of His Grace Archbishop Emeritus Raphael Ndingi Mwana ‘a Nzeki. Let us pray for the repose of his soul,” a statement from the Archdiocese of Nairobi reads.

The deceased was the first Catholic bishop to celebrate his episcopal golden jubilee in Kenya. In 2019, the retired Archbishop celebrated 50 years since his ordination.

Archbishop Mwana ‘a Nzeki also shot to public limelight due to constant run-ins with the KANU government that ruled with an iron fist.

He first courted the wrath of the then government when he vehemently opposed the State’s introduction of the easily compromisable queue system tailored to rig elections and was equally opposed to plots to force citizens to rally behind KANU fronted candidates by queuing.

The deceased also won the hearts of many Kenyans by taking a lead role in helping the victims of Post Election Violence (PEV) in Rift Valley.

Fr. Lawrence Njoroge, who was Administrative Secretary of Archbishop Ndingi Mwana ‘a Nzeki at the Holy Family Basilica between 1998-2001 wrote ““He sat for the Cambridge School Certificate privately and returned excellent results before admission to university to pursue a Bachelor of Arts degree in Political Science and History.”

Fr. Njoroge also reveals that during Nzeki’s tenure as Bishop of Machakos, Nakuru and Nairobi, he invested heavily in education. 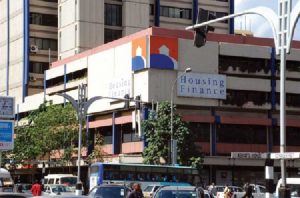 HF Group Posts Sh110.1 Million Loss On Huge Overhead Costs
The quoted loss is an 81.5% cut from the loss…