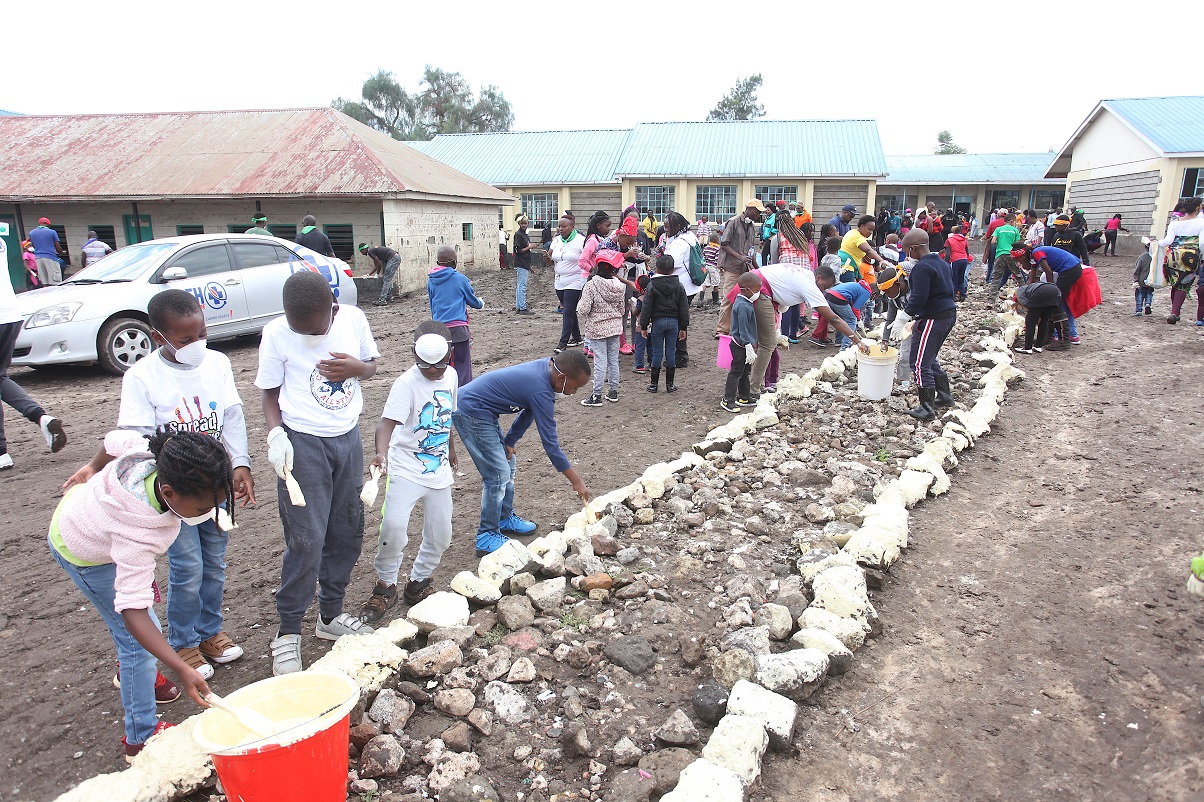 After a barrage of accusations and snide remarks about the church in 2014, Mavuno Church has moved on to better things, increasing its investments in refurbishment of public primary Schools in Nairobi.

The church’s Spread The Love Campaign has increased the kitty to Ksh 20 million from last year’s Ksh 16 million.

Restoring dignity and hope to children

The church says that this is “with the aim of restoring dignity and hope to children in these schools”.

Milton Jumba, Executive Pastor at Mavuno Church in Charge of City Impact says different church campuses chose to adopt public schools near them and cater for their immediate needs.

“Some of the major needs of the schools include classrooms with potholed floors, damaged notice boards and missing doors and windows, inadequate furniture that has seen some students stand or sit on the classroom floors and use stones and planks as desks during lessons,” says  Jacqueline Mathaga, chairperson of the Spread the Love Strategy Team.

“We are looking at getting to 30 schools next year and looking at partnering with other well-wishers, and the corporate to make this dream a reality. It’s a responsibility for everyone, and not the government alone,” said Pastor Muriithi Wanjau, Senior Pastor, Mavuno Church.

The Spread the Love’s goal is to raise one million hours of community service annually through volunteers.

Public schools in Kenya experienced increase in enrolment following the 2003 re-introduction of free primary education, which was aimed at providing more opportunities for out of school children.

Within one year of implementation, UNESCO in 2005 reported an increase in gross enrolment rate (GER), which resulted in more than 1.5 million out of school children joining primary schools.

However, school facilities and infrastructure proved to be a challenge as classes became congested with limited physical facilities, sanitary and hygiene toilet facilities.

“Poor facilities lead to disinterested pupils and lower school performances, we need to invest in our children, show them we love them for them to be better equipped for the future,” noted  Carol Wanjau Executive Pastor Mavuno Church.

Since retired President Mwai Kibaki launched the Free Primary School Education (FPE) as strategy to bring quality education to every child, there has been an impressive increase in the number of pupils attending school.

In 2008, there was a public primary schools completion rate of 70% meaning eliminating illiteracy is among the achievements by learners.

However, there have been many challenges with FPE among them delays in funds disbursements, lack of enough practice by pupils and poorly paid teachers.

In addition, there have been severe teacher shortages with the teacher to student ratio standing at 1:70.

In 2014, Mavuno Church attracted controversy over its boldness in addressing sex-related issues among teenagers in the church.

The church had used a provocative poster which at the time attracted all kinds of negative publicity.

“We’re not just targeting teens, we’re targeting everybody, yes, even children because our sexuality is so broken. It’s broken for all of us,” said Pastor David Kuria.