The Consolidated Bank bond which was set to mature on July 22, has finally received official approval for the extension of the medium-term note’s maturity date, nearly two months before the Ksh1.5 billion payout date.

In July, the lender had indicated that it wanted to extend the bond’s maturity date by three months so as to allow the government to inject more capital.

During a noteholders meeting on September 3, the bank finally got its wish, as it managed to pass resolutions allowing the bond’s trust deed to be amended to reflect the extension.

The amendments, which were backdated to take effect on July 22, revise the tranche’s maturity date while still maintaining the same terms and interests. Consolidated Bank will therefore payout Ksh1.5 billion to bondholders on October 22,

Extension of the maturity dates was done so as to allow the National Treasury to inject more money. Treasury is Consolidated Bank’s largest shareholder at 85.8%.

“The extension is necessary to allow National Treasury to finalise the process of capital injection into the bank.” the bank said in July.

At the time, Consolidated Bank had also said, “The bank through the Note Trustee has communicated to the noteholders informing them of its intention to propose an extension of the maturity by three months on the same terms. The last and final payment of the outstanding principal payment (together with interest for the extended period) would be made on 22nd October 2019.”

The bond, at a total of Ksh2 billion, was issued in July 2012 with the medium term note holders of Ksh1.5 billion to receive payout in July of this year.

Medium-term note programs enable companies to offer debt securities on a regular and/or continuous basis so as to enable the company to raise capital.

Consolidated Bank has been in need of this, with its last four years seeing the lender being in breach of critical capital adequacy ratio.

In 2018, the bank which is listed on the Nairobi Securities Exchange (NSE) approved the creation of new 175 million preference shares valued at Ksh3.5 billion as it moved to shore up its thin capital base.

At the same time, the firm was reported to be seeking an investor to pump in Ksh 3.5 billion as part of its balance sheet reorganisation. Interested parties, both local and foreign, were requested to submit their prequalifications by January 9 of this year.

However, media reports in May revealed that the investor search had hit a dead end, as an identified investor pulled out of the deal leaving Consolidated Bank to go back to the drawing board. The movie, which subsequently hampered the bank’s move towards privatisation. 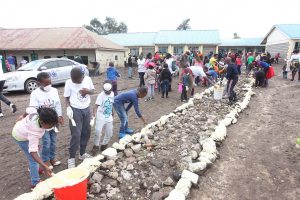