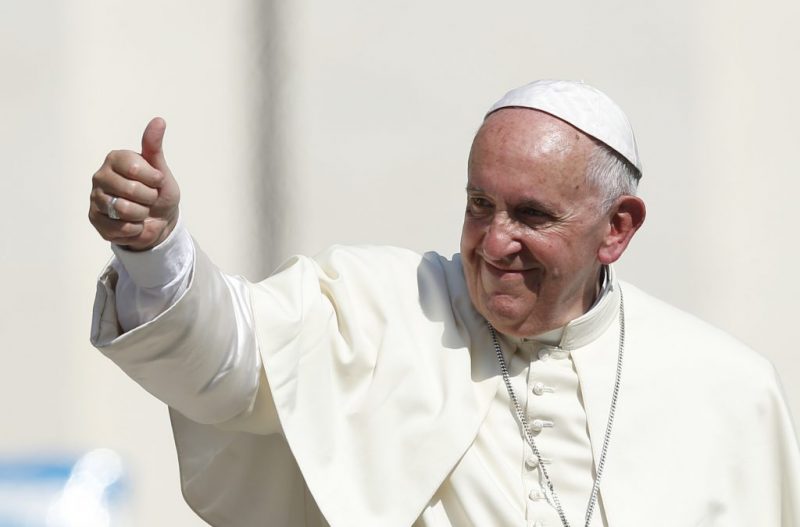 In what has been building up as a gradual shift from tradition, Pope Francis has today declared the d***h penalty “inadmissible” in all cases and has directed the Catholic Church to foster efforts to abolish capital p********t worldwide.

This means that the Catholic Church — which has approximately a following of 1.2 billion people globally — will now take a stand against the d***h penalty, calling it unjustified and unnecessary in all and any circumstance whatsoever. Pope Francis has justified the position by saying that “the d***h penalty is inadmissible because it is an a****k on the inviolability and dignity of the person”.

The news from the Vatican is a change in tradition though it reflects the gradual change in the d***h sentence stance that has spanned four Popes now. The Pontiff’s latest declaration means the Catechism (teachings of the Catholic faithful) has officially been altered. Previously, the Catechism allowed d***h penalty “if this is the only possible way of effectively defending human lives against the unjust aggressor.”

#PopeFrancis has approved a revision of the Catechism of the Catholic Church, changing paragraph 2267 to read "the d***h penalty is inadmissible". https://t.co/w21NTfJTL4

This should cause ripples across the world, but also in Kenya where the d***h penalty has been a debatable matter. In the past month, the capital p********t was brought to the fore after prisons beauty queen Ruth Kamande was sentenced to d***h for m*******g her boyfriend.

Such was the impact of Kamande’s sentencing, that her name appears as one of the most searched terms by Kenyans on Google for the month of July.

Kamande’s sentencing raised again a long term disagreement as to whether capital p********t should still be in force in Kenya. This is especially as the last d***h penalty to be executed in Kenya was over 30 years ago. In 1987, Hezekiah Ochuka was executed for having led a coup against the government five years earlier.

Religious blogger Ernest Wamboye responded last month to a question as to the morality of capital p********t by giving Biblical justification for its existence. Wamboye, through his Penstrokes Column wrote, “As believers, we see the earliest declaration of capital p********t as justice for m****r in Genesis 9 [5-6]… the just act for one who takes the life of another is their life being taken by a fellow human. God’s plan is to take the life of a m******r for the sake of justice.”

Just last year, two d***h row convicts won a landmark case in which the Supreme Court termed mandatory d***h penalty as unconstitutional. While it still remains to be seen how this will be implemented , the apex court’s rationale indicated that capital p********t remains valid but it must not be the only remedy for Kenyan courts to turn to in cases where the d***h sentence applies.

Already, sections of the US media are reporting that the latest move by Pope Francis is set to divide the Catholic faithful within the American territory. With the proposed push to now garner for the total abolishment of the d***h penalty worldwide, politicians and leaders across the globe may now come under pressure to change legislation in that respect.

Here in Kenya, it remains to be seen what will happen.

Firstly, what route will the leaders of the Catholic Church in Kenya take? The denomination’s activities in Kenya in matters of social justice have bordered on clamorous calls while at times, they have been notoriously silent. Now, there definitely will be voice to the debate from Catholic clerics.

At the same time, what does this mean for the Catholic faithful in the country? If the leadership takes a united stand in light of the latest edict from Pope Francis, will the congregation follow?