The Energy Regulation Commission (ERC) has offered a Valentine’s Day gift to consumers by announcing a further reduction in fuel prices.

According to the latest changes in the maximum allowed petroleum pump prices in Nairobi, Super Petrol, Diesel and Kerosene have decreased by Ksh 4.12, Ksh 6.28 and Ksh 5.20 per litre respectively

The latest price of Super Petrol in Nairobi is the lowest since September 2017 when it retailed at Ksh 98.30 per litre before rising to Ksh 101.67 the next month. It has been retailing at a higher price since then.

Here are the maximum pump prices for other major towns across the country: 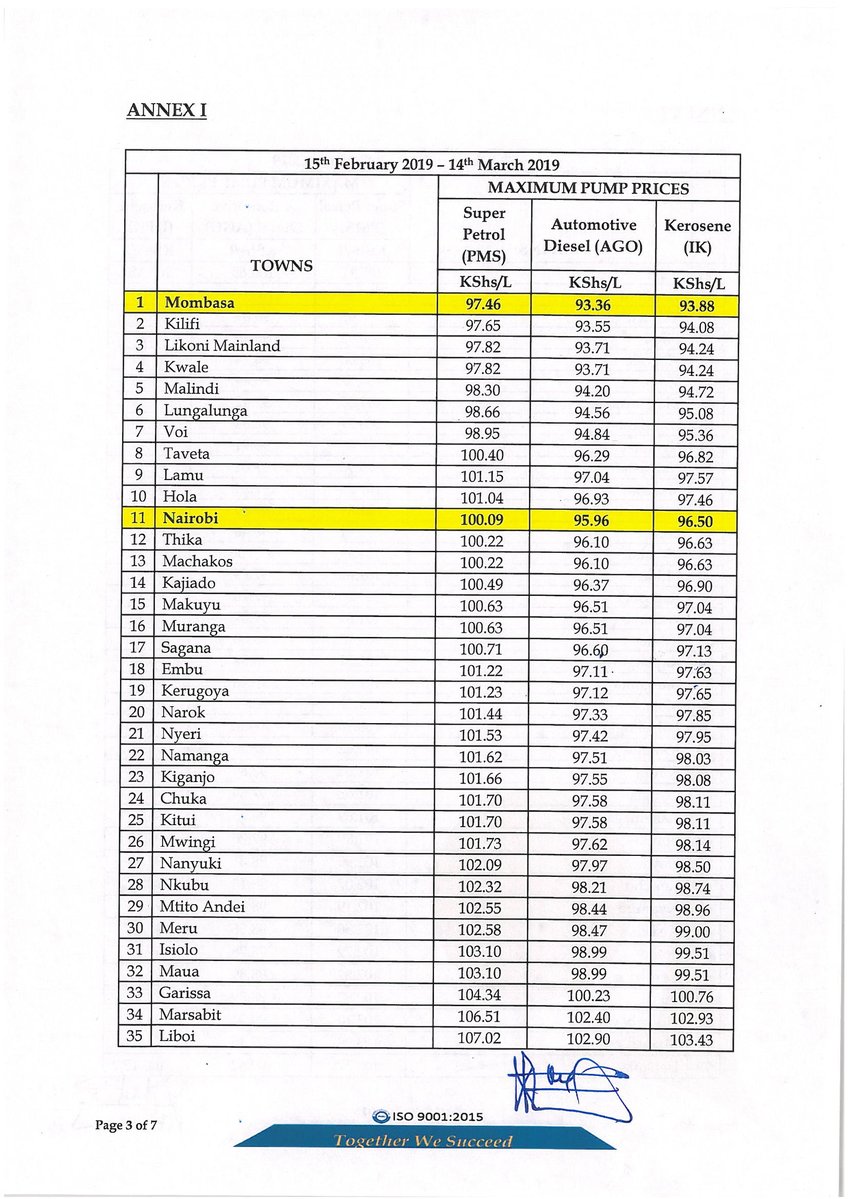 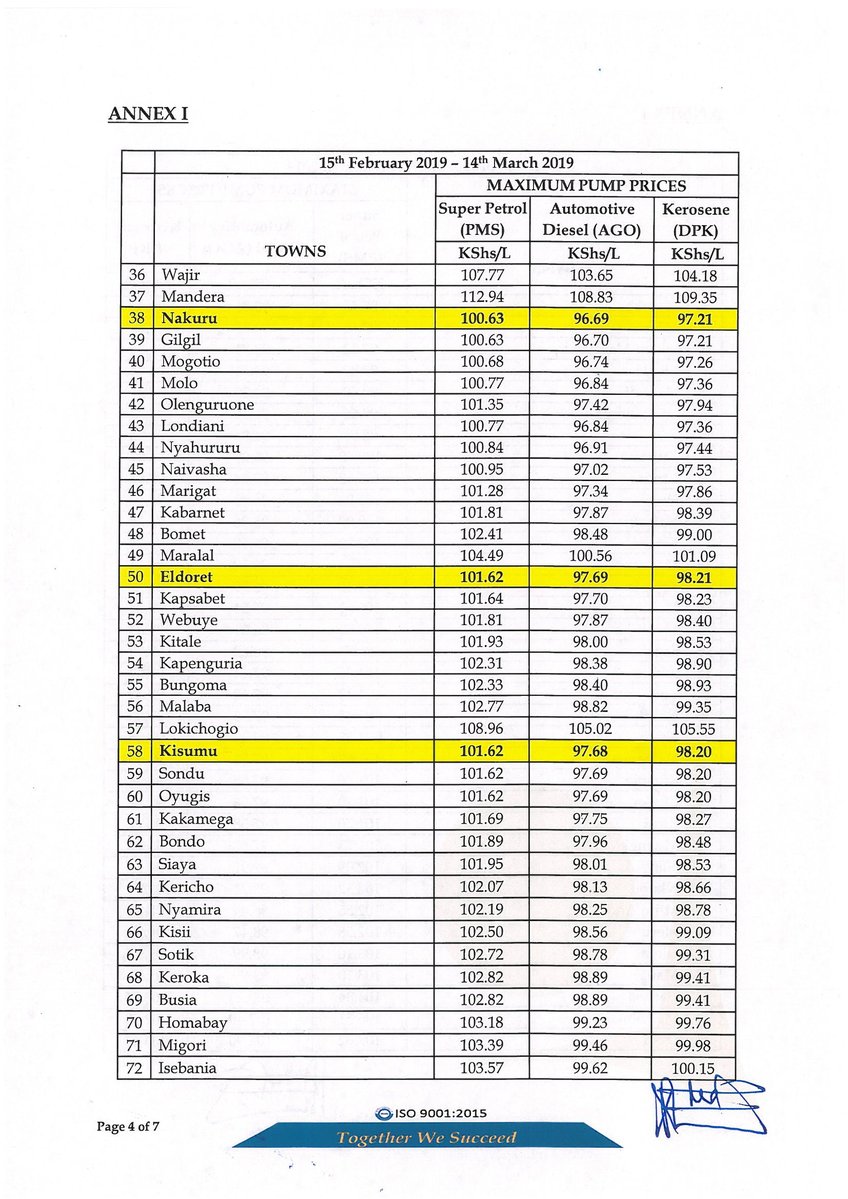