Treasury Cabinet Secretary Ukur Yatani in a past press conference. He has his work cut out resuscitating the country's economy post COVID-19.

Even if Kenya weathers its own COVID-19 storm, the rebounding of the country’s economy will largely depend on the ability of trade partners own ability to recover in time, the Parliamentary Budget Office (PBO) has warned.

In a special bulletin, PBO says the depth of economic harm will persist in the most externally linked sectors such as tourism and horticulture since it will take varying times to restore economic activity in the most affected foreign countries.

“The lagged effect of the pandemic may persist for long, well past the first quarter of 2020/21,” PBO says in the special bulletin.

On Monday, Co-operative Bank donated Sh100 million to the COVID-19 Emergency Fund. The lender stressed that it would prefer the money be allocated towards the purchase of ventilators.

PBO is singing the same hymn and is recommending the government prioritise the procurement of ventilators and other critical medical equipment as well as protective gear ahead of hiring additional health workers.

“The current proposed intervention of recruitment of additional health workers, while necessary, is far from adequate in meeting the health challenge,” reads the bulletin.

“All public hospitals particularly the level 4 and 5 hospitals should be adequately equipped given the rising number of COVID 19 cases. This is perhaps the best time to revamp the country’s healthcare system and address the bottlenecks that have always existed,” adds the bulletin.

“The country’s vulnerability stems primarily from a limited fiscal space. Approximately 23% of the country’s ordinary revenue was to cater for interest payments in the current financial year. 71% was for recurrent spending including county allocations.” reads the bulletin ” This leaves very little room for maneuver and with expected revenue underperformance, the country does not have much by way of available resources to cater to emergencies of this magnitude,”

PBO observes that the government is set to lose Ksh122 billion in taxes this financial year due to the measures announced by President Uhuru Kenyatta last week. The interventions were meant to cushion struggling Kenyans from economic shocks and to add to their disposable income.

The budget office is now proposing a raft of additional measures including;

i. Approval of the proposed 5 taxation measures announced by President Kenyatta.

In addition, PBO is now recommending that the government formulate policies to cushion the population of citizens who are not in gainful employment who miss out from these tax reliefs especially the ones relating to the income tax.

According to BPO, a policy mix of balancing the likely revenue loss on account of these taxation measures with expenditure cuts would be ideal.

The focus should be on expenditure rationalization on some development projects which are unlikely to be implemented under the current environment as well as recurrent expenditure that is obviously hampered by reduced government activities.

This saving can then be channeled towards providing subsidies such as foodstuffs and cash to households to alleviating negative effects. This will benefit even the daily casual laborers who may not benefit from the income tax relief.

In addition to the 5 taxation measures, PBO avers that some additional measures are required such as
allowing landlords not to charge rent for a specified period of time, and utilize the rent forfeited amounts to offset for the residential rental income tax (RRIT).

“This would cushion the citizens especially at the lower end who will not benefit from the income tax relief due to the nature of their daily unpredictable,” reads the bulletin. 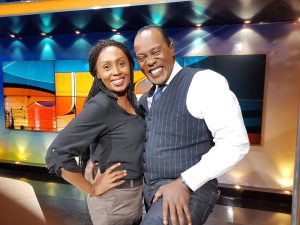