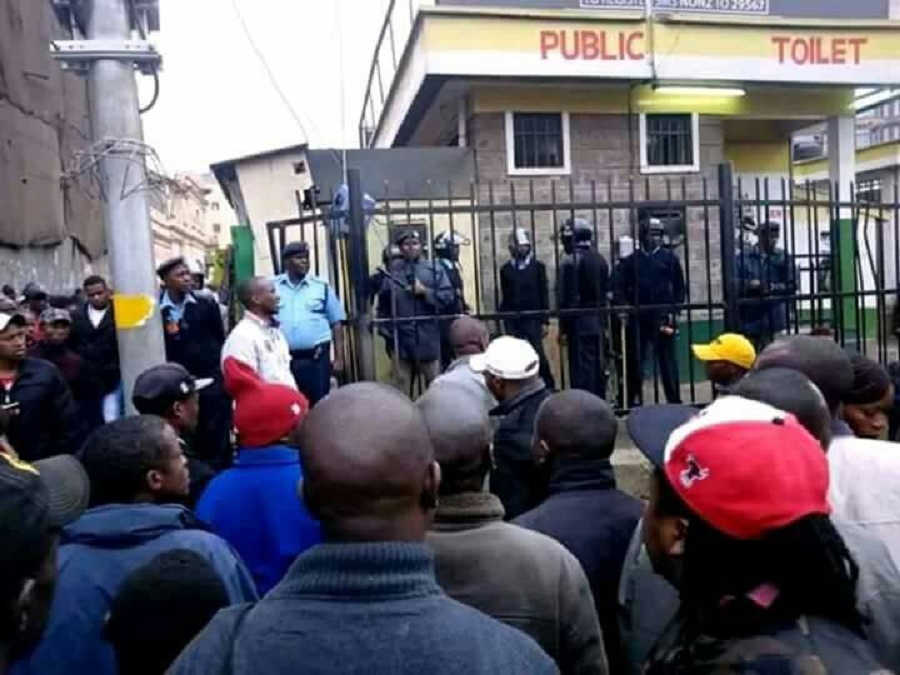 Public toilet users in Nairobi were left stranded on Wednesday morning 18 July after police officers took over them.

The Nairobi County government took over 68 public toilets in the city with 17 located within the central business district (CBD).​ The police officers were deployed following a court order to block some youths who had taken over the toilets.

According to Tom Makale, chairman of the Public Toilets Operators Association of Kenya, the youths had illegally taken over the toilets forcing them to move to court.

Earlier this month, Nairobi Governor Mike Mbuvi Sonko had proposed that Public toilets should be free instead of the current pay which is Ksh10 bob.

RELATED: INVESTORS WHO ARE MAKING FILTHY WEALTH FROM TOILETS

However, the proposal has not taken effect as City Hall said it will first investigate the existing wrangles between operators.

“What Sonko emphasised on is that those involved in managing the toilets should cease the internal wrangles or else the Nairobi County Government will take charge and ensure that no one pays even a single shilling,” read the statement from Sonko’s office.