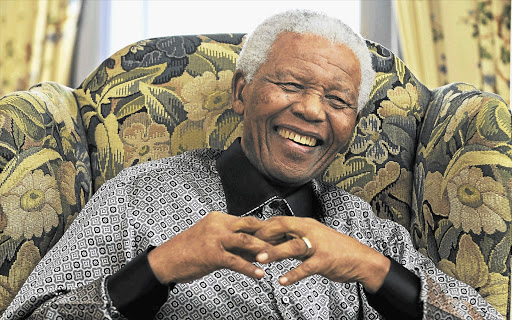 Nelson Mandela would have been 100 years old today and to celebrate his centenary, DSTV will have a special five-day long pop-up channel in honour of one of Africa’s most beloved icons.

The legendary statesman will be honoured by an exceptional mix of films, documentaries and archive footage all appearing on the Mandela 100 Tribute Channel. The channel will begin broadcasting today.

Multichoice General Entertainment CEO Yolisa Phahle said, “Around the globe, Nelson Mandela is revered as a hero of the struggle and as the man who led South Africa to democracy.  While striving for justice and freedom and shaping a nation, he also changed the world with his humility and indomitable spirit. We are immensely proud to dedicate a unique pop-up channel to celebrate the life and legacy of this beacon of selflessness and reconciliation, who gave hope to millions,”

Landmark film Long Walk To Freedom, which depicts Mandela’s early life and 27 years in p****n will feature prominently. A special director’s cut footage of the 2013 film which sees British actor Idris Elba portray Mandela will be shown every day in the form of a four part miniseries.

Another film honouring Mandela, the Clint Eastwood epic Invictus will also be screened on the final night of the channel’s airing. The movie which features Hollywood actor Morgan Freeman is based on the events of the triumphant South African rugby team’s World Cup performance on home soil in 1995. The real-life story shows how Mandela inspired a nation to victory and builds up on the William Ernest Henley poem of the same name that the former Nobel Peace Prize winner used to read for inspiration while in p****n on Robben Island.

Compiled by M-Net Africa, the channel will also feature,

The special channel will air on DSTV from Wednesday July 18 to Sunday July 22.