Royalmedia Services (RMS), the media group that owns Citizen TV and Citizen Radio, became the first mainstream media house in the country to announce a pay cut for its employees over the Coronavirus pandemic. The move will see high earning news anchors and editors take home 20-30% less.

But why would the broadcaster shave the salaries of their employees when TV viewership is higher than normal considering a large majority of Kenyans are spending most of their time indoors working from home. Schools are also closed hence the influx of children oriented programming on our screens.

The devil could lie in the details of advertising, as organisations scale down to focus on preventive measures against Coronavirus.

Latest data released by Geopoll which analyzed data between 6am and 12pm between March 16 and March 29 vis-à-vis the first 15 days of the month after the government reported the first case of a COVID-19 case in the country shows that all news channels in the country have gained a significant number of viewers.

This is attributable to the increased demand of information related to Coronavirus. The disease has already pushed Kenyans out of their comfort zone and is threatening to turn their lives upside down. Kenyans are now using the information from reliable news channels to plan and make decisions for themselves and their families.

Interestingly, Aljazeera which is available free to air on select TV package providers gained an additional 59,000 viewers which could be explained by the desire by Kenyans to get a global view of the pandemic and how other countries are battling the disease.

Entertainment heavy TV channels, on the other hand, have caught a cold from the COVID-19 wave losing viewers to news channels.

This brings us to our initial question. Since media houses earn through advertising campaigns that cover long periods, some three months, some six months and others for a year is it fair to say that COVID-19 was an excuse for implementing pay cuts that were looming either way.

Business Today has reported that Royalmedia was planning to trim its large wagebill even before the outbreak of the disease. Standard has already announced it is planning to lay off 170 journalists while the Nation Media Group (NMG) has forced some of its employees to proceed on leave.

Radio on the other hand renders different observations to TV .

Listenership in Kenya fell from the first half of March to the latter half of March, Geopoll’s data shows that all surveyed radio stations in the country except Radio Citizen and Inooro FM lost listeners.

“From a granular view of the audience measurement data, it was observed that shifts in radio listenership tended to appear during specific times of the day,” reads the report “For example, listenership declined for a handful of the top stations from 6 a.m. to 8 a.m. after the COVID-19 stay-at-home protections were issued. Total average listenership then ramps up between 8 a.m. through about 2 p.m. before it declines again for the remainder of the day,”

Some of the standout listenership audience variations include Radio Citizen, which recorded growth across most time blocks.

Radio Jambo received a significant increase in listenership between noon and 2 p.m. and after 10 p.m. Classic 105, on the other hand, had significant peaks between 2 p.m. and 6 p.m.

Each of the remaining stations studied had unique crests and troughs in listenership beyond what was seen as trends across the board.

GeoPoll’s research experts believe the shifts in radio audiences are being driven by a myriad of factors.

The clarion call for people to stay at home is listed as a major reason for the statistics posted by radio stations.

The static nature of radio is also listed as a reason why radio stations fell behind other modes of news consumption.

Most radio stations broadcast news updates at the top of each hour, unlike social media and TV where news is relayed on a real-time basis as breaking news which leaves radio news updates behind the curve for the most up-to-date news sources available.

The third reason is because people are no longer listening to radio while on the move hence this mode of consumption is now competing with other modes that are not available to them on-the-go.

“We anticipate a further increase in TV viewership and recognize that sustained dips in radio listenership are possible,” reads the report 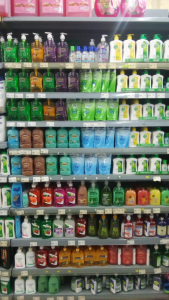