Kenya Bankers Association (KBA) chief executive Dr Habil Olaka during a past event. A KBA surrvey shows that 67% of borrowers will seek one year extensions on their loans.

The amount of outstanding loans and advances by the banking industry at the close of 2018 was Ksh2.5 trillion, latest data posted by the Kenya Bankers Association (KBA) shows.

According to the July 2019 edition of KBA’s State of the Banking Industry Report (SBI), the amount is an equivalent of 52% of the economy’s real Gross Domestic Product (GDP).

KBA chief executive Dr Habil Olaka says that the Kenyan banking industry has over the past one and a half decades been characterised by steady growth, with outstanding credit increasing nearly ten-fold from Ksh264 billion in 2003.

“The changes in the banking industry credit pricing regime with effect from September 2016 has seen a shift in assets away from segments considered riskier as banks seek to optimise on investments that balance returns and asset quality,” reads the report.

KBA has also expressed concern over the high levels of Non Perfoming Loans (NPLs) which currently stand at Ksh345 billion for the finacial year ended December 2018.

“There is an obvious focus on the level of NPLs in the market. Whilst that level is not necessarily in its historical high levels, its persistence over the past five years is feeding into the banking industry’s risk-taking behaviour,” reads the report.

“Even with the comfort of capital adequacy, the industry is putting efforts to enhance recovery. That is necessary but not sufficient unless there is a move towards prompt settlement of delayed payments by government and private sector, and sustainably mitigating the challenges to households and enterprise that have weaned their ability to meet obligations with lenders,” adds the report.

Dr Olaka adds that market distortions such as the capping of interest rates that have led to financial resource allocation shifting away from the core of Micro, Small and Medium Enterprises (MSMEs), which have been described as the backbone of Kenya’s economy.

“As the SBI observes, banks are expected to continue deploying technology for efficiency and cost management as well as product design that utilises the analytical capability of data abundance,” says Dr Olaka. 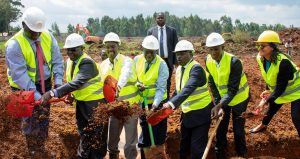