Top advertising spenders as well as high numbers of advertising billboards within Kenya’s media landscape have been revealed.

In a report by TIFA research launched on July 10, Kenya’s advertising top dogs are now known.

The research looked at advertising trends within radio, TV and print media while also assessing the spending within digital platforms.

“Advertising expenditure remains the primary source of revenue for the media,” TIFA said.

However, TIFA recommended that there may be need for change within the media industry due to disruption to traditional media.

“With increased competition and declining advertising spends on traditional media, it is time for media enterprises to develop business models that will diversify streams.”

Here is a summary of some of the main points.

In 2018, money spent on advertising within the media stood at Ksh91.5 billion.

This represented a decline from the previous year’s total of Ksh108 billion. The total from 2017 is attributed to the extended electioneering period where political parties were engaged in campaign advertising.

Radio ruled the roost as the most utilized medium for advertising, driven largely by a wider reach as well as a high number of free to air stations.

At 22%, gambling firms were the highest spenders of advertising.

Finance companies and food firms come in second and third, at 14% and 9% respectively, while communication and beverages firms are tied at fourth place with 8%.

The advertising spends were computed from station rate cards.

The top advertising companies for the first half of 2019 is Safaricom, who’ve spent around 9.71 billion in H1 based on station rate cards.

Shabiki and Viusasa, two products affiliated to Royal Media Services, are second and third. However, these two are largely hosted on RMS platforms, meaning the actual figures spent on advertising may not correspond to the computed spend based on rate cards.

In 2018, Tatua topped Safaricom to lead the company with the highest spend on adverts, whereas Lotto, Pwani Oil and East African Breweries Limited (EABL) were in positions third, fourth and fifth respectively.

For billboards in Nairobi county, Magnate Ventures had the highest number of billboard sites at 519.

EABL had the highest number of Ad sites in Nairobi influenced by its diversified brands.

It topped Safaricom with 65 sites as against the giant telco’s 39. Betting firm 1XBet was third with 35 sites.

Digital advertsing could hit Ksh117 trillion, based on forecast data for 2018.

Previously, digital ads were at Sh101 trillion in 2017, having risen historically every year since 2014. 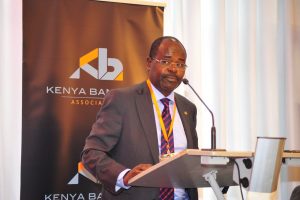