Ogilvy Africa has named Vikas Mehta as its new Chief Executive Officer. He takes over from Mathieu Plassard, who is moving to Ogilvy South Africa in a new role, after two and a half years in Kenya.

Until his appointment, Vikas was the CEO of Mullen Lintas, in India. He will take on this new role effective December 2019, said Bharat Thakrar, CEO of WPP-Scangroup, which owns the Ogilvy Africa Agency Network.  “Vikas has the right combination of leadership, people and technology skills to continue to scale Ogilvy Africa to even greater heights,” said Mr Thakrar.

He said has a career track record of 15 years in various agency leadership roles across Asia-Pacific markets including Singapore and Vietnam.

Mr Thakrar said the agency has confidence in Vikas’s ability to be an outstanding, collaborative leader, and most importantly a remarkable brand partner for clients.

A strategist by training, Vikas has experience spanning managing units across disciplines including advertising (on and offline), digital transformation, social, shopper & experiential and PR & influence. He believes in an omnichannel approach to building brands which creates a unified experience across consumer touchpoints.

“In most markets that I have worked in, Ogilvy has been the one to beat,” said Mr Vikas. “I have tremendous respect for the network and it’s an exciting time to bring the ambition of One Ogilvy to life in Africa.”

New to Ogilvy leadership team, Vikas joined Ammirati Puris Lintas in 2002, based in its New Delhi office. After a brief stint with Leo Burnett, he returned to the network in 2006, moving to Lowe Viet Nam in Ho Chi Minh City.

See Also >> Meet the Mastrubating Student Who Became a CEO

At the age of 31, he was named Managing Director – Lowe Viet Nam, making him the youngest country head in the global network. Under his leadership, the agency went on to create some iconic campaigns, dominate effectiveness awards in the region and become the largest creative agency in the country.

In 2011, he was named Regional Growth Officer for Lowe Asia-Pacific. Based in Singapore, the role was instrumental in charting out and implementing the strategy for business and capability expansion for the network.

The role included 15 countries across the region including North Asia, Greater China, South & South-East Asia, and the Pacific with a focus on developing and emerging (D&E) markets.

He moved to India in 2013 to head marketing for Mullen Lowe Lintas Group as the first CMO in Indian advertising. Since then, he’s played several roles in the group including Head of Digital, President Group Marketing Services and then founding the group’s omnichannel creative agency, PointNine Lintas in 2017.

Built as a beta (version 0.9) of a new operating model for an integrated agency, PointNine Lintas was incubated and successfully merged with the group’s flagship agency, Lowe Lintas. Vikas took on the role of CEO at Mullen Lintas in January this year.

While congratulating Vikas on his appointment, Chairman and CEO, Ogilvy & Mather Europe, Africa, and Middle-East Paul O’Donnell said Vikas has the skills needed to build the agency of the future and his experience as an omnichannel practitioner will give an edge to the solutions needed to develop the agency.

While announcing the changes, Thakrar, thanked Mathieu who he said had created a solid team across Ogilvy markets in Africa, focusing on client needs, business growth and continuity that saw the firm win 4 of the industry coveted Cannes Lions awards in 2017, among others. 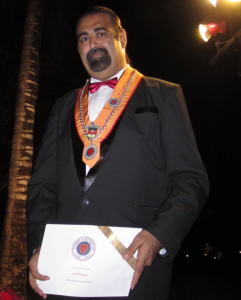