Meet Sam Vidambu and you will easily conclude that he has never been afflicted by any addiction. But then it also depends on your definition of addiction and what type.

The term addiction has been heavily linked to alcohol and substance abuse but it covers a lot of other things as well, some even embarrassing to talk about.

The Ambigen Limited Founder and CEO, battled an addiction that had nothing to do with drugs and/or substance abuse.

“Growing up I saw my father was addicted to alcohol and drugs,” he recalls. “He tried to hide it from his family but we came to know about it and I knew I was not going to let myself end up like him. I never wanted to be addicted to drugs but I actually came to be addicted to something else.”

Having being born the only boy in a family of six, Vidambu had a different view of women. He feared women. The Ambigen boss was the last born in his family and had to share a room with all his sisters when he was growing up.

Throughout his whole life, he had never really courted a woman successfully and he had never felt the pressure to do so.

It was until when he joined Dedan Kimathi University of Technology that he felt the urge to try it.

Vidambu did not receive the responses he was hoping to get from the ladies he tried to court. This actually angered him because he was not well experienced and had hoped the ladies would understand that.

“When I went into campus I met these ladies and they ended up disappointing me. Most of them were laughing at me when I was trying to express myself,” Vidambu narrates.

” I was doing it for a very long time when I was in campus. About two, three years then I realised that it did not really represent me because it was sexual impurity. I had to stop,” he adds.

“In every platform, I’ve never feared sharing the story because I know I’m helping somebody,” Vidambu said, “It is very rare that you find someone who comes out to say he/she masturbates.”

Having gone through it, he feels he relates well with anyone who is going through it and knows how to help.

“I have helped many people, I have met some of them. Others talk to me anonymously but I have told them how to stop it,” he said proudly. 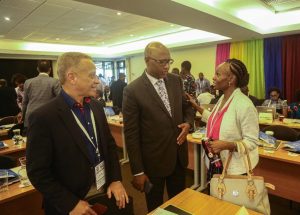 What is Ailing Businesses in the Counties?
The net effect of the many rules and unpredictable policies…