In a dispatch to newsrooms, the hotel chain’s management said that Gupreet will oversee the operations of the group’s food and beverage departments.

Gupreet joins PrideInn from Sarova Whitesands Beach Resort and Spa, Mombasa, where he has been the executive chef.

The appointment comes ahead of the festive season and is aimed at lifting the brand’s culinary prowess as it seeks to cement its position as a top brand at the Kenyan Coast.

His appointment comes barely three months after the hotel was awarded a five-star ranking becoming a five star resort in Mombasa County.

Speaking after his appointment, Gupreet expressed his delight at being cherry-picked to head the section.

“I’m excited to join PrideInn group oversee the food and beverage operations. I really love everything about Kenyan tourism and hospitality industry and especially its traditions and the fantastic culinary experiences,” he said.

“My aim is to use my expertise to build on those tasty experiences and captivate clients through variety of food and beverage offerings.” He added.

“Gupreet is a fantastic addition to the PrideInn team and the Coast hospitality industry at large. He has exceptional industry experience, he has passion for his job that will invigorate the team and drive it to achieve even more,” he said.

Gurpreet began his career in hospitality as an Executive Chef at Arabian Courtyard and Spa, Dubai.

After a stint at the Marriott Mena House, Cairo, he joined Dhow Palace Hotel Dubai as Executive Chef before being tapped by Sarova Whitesands 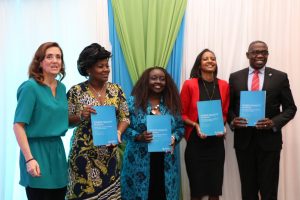 Kenya’s Tall, Dark and Handsome Employers
If employers in Kenya were to be ranked by women,…