HAVING THE LAST LAUGH? Emmanuel Juma has been brought back to drive content at NTV.

The veteran broadcast journalist joined RedCross, where he has been putting together a new television station – Switch TV – targeted at the youth.

Switch TV is a rebrand from Red Cross TV, which focused more on the humanitarian organisation’s activities.

Emmanuel Juma’s exit is a major blow to Switch TV, coming just a month to its launch. He revealed his exit to newly assembled team at Switch TV.

Juma’s return to NTV began to take shape in June when it emerged that Nation Media Group was considering rehiring some of the TV journalists it had sacked in the January restructuring to plug hole left by the sudden exit of the people it had hoped to rely on.

After the restructuring, NTV lost most of its presenters and reporters to Citizen TV, which raided its newsroom after hiring former NTV general manager Linus Kaikai.

It’s not clear what role Juma will be given at NTV, but it’s likely to be a senior position – possibly as the main editorial leader of the TV unit.

The position of NTV editor was left vacant after Pamela Asigi crossed to Citizen, just a few months after being appointed. The team is currently led by Muraya Kariuki who was promoted to Head of TV News in March.

While at NTV, Juma worked as and head of news and managing editor. Juma, the man behind NTV’s Bull’s Eye show, is expected to help lift NTV’s fortunes by creating chemistry among the newly recruited presenters and the old-timers and drive content.

It must have been a hard decision for Nation Media Group swallow humble pie and bring back a guy it just trashed!

Its strategy to push out old older journalists boomeranged after those left to drive NTV decided to bolt out in what ended up being a mass exodus instigated by an internal fallout.

This is what has pushed NTV into desperation to bring back its former star. Its rival Citizen is busy showcasing the presenters its poached from NTV and KTN. 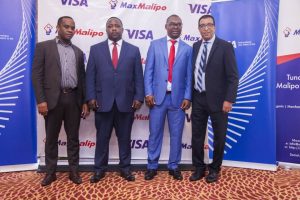