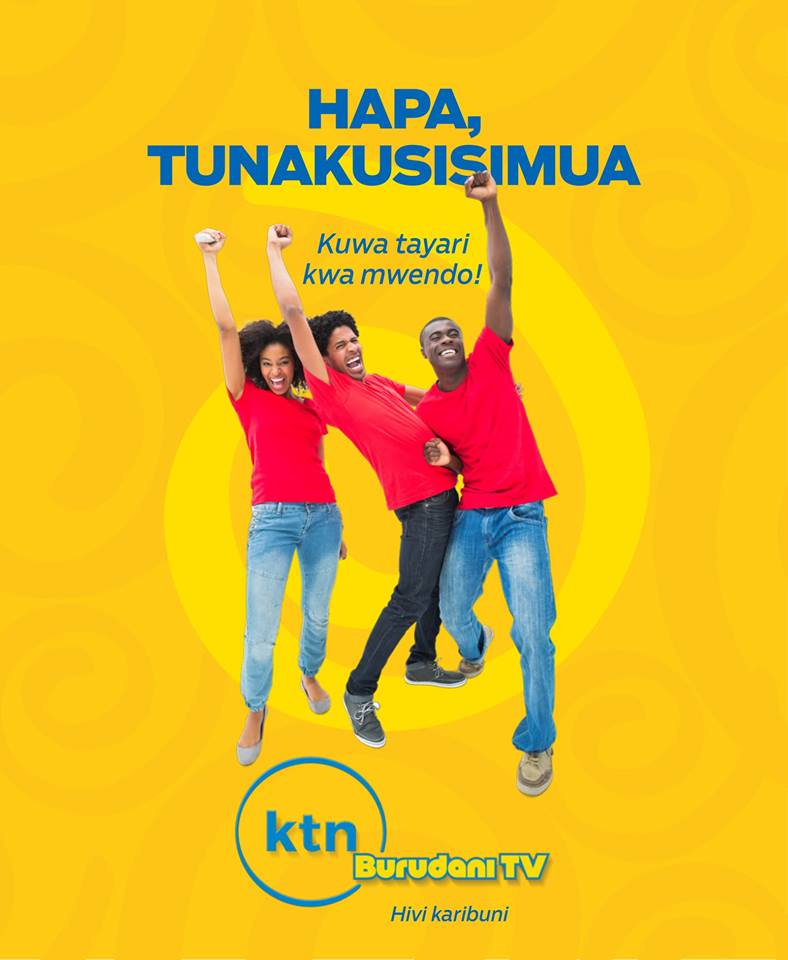 By launching an entertainment-only channel, Standard is hoping to attract the growing and powerful youthful audience. Photo / Burudani TV

Plans for BURUDANI TV launch are in the final stages with insiders saying it could be launched in the next few weeks. The media house released a teaser about the station on 2nd August through its social media platforms indicating the newest TV station would go live soon.

According to the promotional materials, the station will focus mainly on music backed by other entertainment programmes like movies and comedy. Music selection will cut across local, Congolese, bongo and even Nigerian.

By launching an entertainment-only channel, Standard is hoping to attract the growing and powerful youthful audience, which appears to have been captured by social media forums such as Facebook, Instagram and Twitter. Young people, often called Generation X and Y, are very fickle with very short attention spans especially when it comes to consuming conventional TV and newspapers.

The other main player locally in this segment is KISS TV, which focuses on music, but has been struggling for audience as youth are kept away from television screens by smartphones and daily hustles to eke out a living. KISS TV has been in the market for years but is yet to make a mark. This should have formed Standard’s case study as it packaged its own entertainment station.

But coming even before its second TV station, KTN News, breaks even, media experts are worried that Standard Group, which has been recording falling revenues in the past few years, could be stretching itself too thin in desperation to acquire more market share.

While KTN News has grabbed some audience share, partly cannibalizing its sister station KTN Home, it has yet to accumulate the critical mass of audience needed to attract sustainable advertising. Its main forte has been covering paid-for live events but such do not come every day.

Standard plans for a third TV and second radio station have been in the pipeline since the days of former CEO Sam Shollei, who saw more growth opportunities in the broadcast market. The radio launch was thwarted by its former disk jockey at Radio Maisha, DJ Wesley, who leaked the idea to some investors who have since launched NRG radio. Standard is understood to have moved to court over the matter and shelved plans to launch the radio station targeting youth.

The market is eagerly waiting to judge BURUDANI TV once it hits the market given that the market odds are starkly against it. Even foreign music entertainment channels provided by the likes of DStv, GoTV and StarTimes struggle for audience in Kenya, which begs the question: Are young people interested in music only?