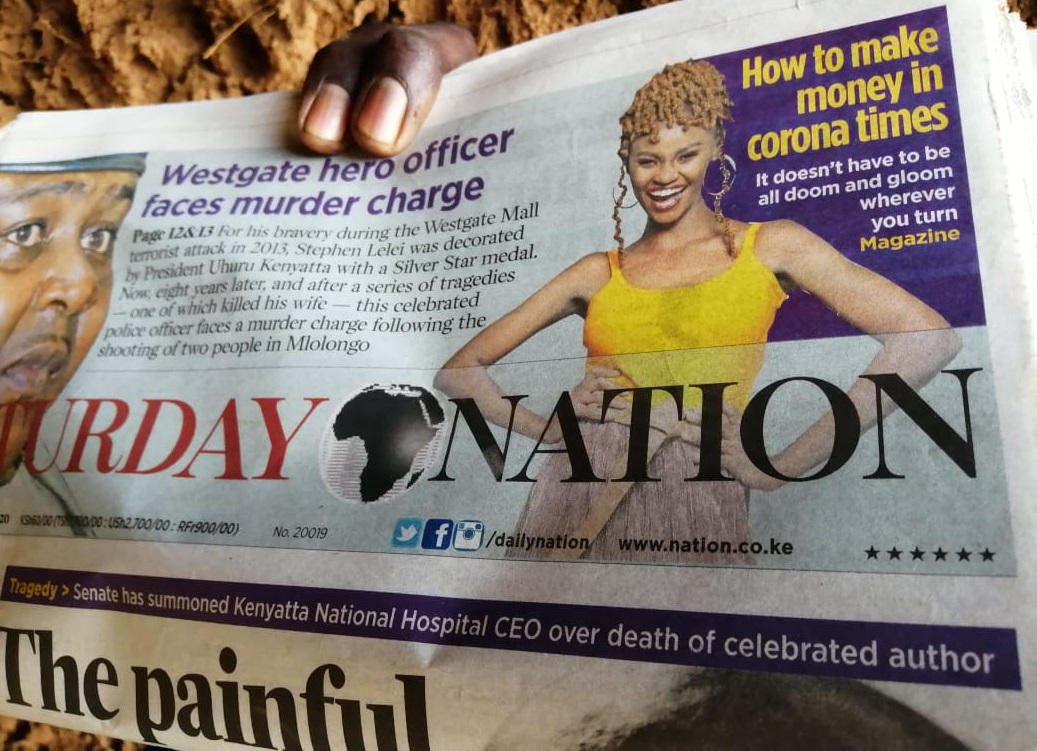 From noon yesterday, July 30th 2020, Nation Media Group started implementing changes in different segments of nation.co.ke website as it rolled out its digital transformation. It commenced with the Life Style section which has adopted the new-look of the newest domain in town, Nation.Africa.

As the digital transformation takes off, its traditional flagship newspapers appear to be taking a back seat.  To add value and save them from possible cannibalism from its now bolder digital sibling, the media house has opted to redesign the papers and reorganize content to retain and attract more readers.

“While on this digital transformation journey, we will continue maintaining a presence in our legacy media,” says NMG CEO Stephen Gitagama. “In this regard, we have not left our print readers behind; we will provide them with stronger redesigned Nation newspapers.”

He revealed that The Nation newspapers have undergone a redesign and will be relaunched starting Saturday, August 1. 2020, with the Saturday Nation, followed by Sunday Nation on Sunday August 2, and Daily Nation on Monday, August 3.

“The Nations have been skillfully redesigned to world-class standards with the introduction of fresh wide-ranging content including new magazines focusing on uplifting human stories, exclusives and analysis for various demographics – from the young to the old, to the educated and to the curious – that makes every day special with a modern clean, classy and appealing design,” Mr Gitagama said.

From the poor history of newspaper redesigns in Kenya which end up with only a new-look and less on content improvement, analysts are not very excited about the relaunch. With less staff and a new baby on their laps, quality is expected to suffer on the newspapers as journalists focus on giving their best to the digital segment.

Nation as well as Standard and even The Star, have in the past relaunched with little impact on readership, circulation and advertising. For Nation, it comes at a time when Covid-19 restrictions have slowed down circulation.