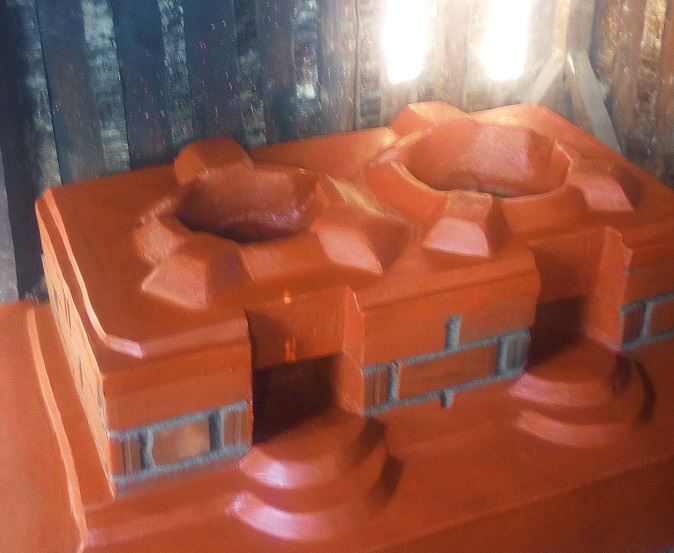 [dropcap]W[/dropcap]omen have always been disadvantaged in the socio-economic and political spheres in the society. However one woman who hails from Ndhiwa in Homabay County has emerged as a pinnacle of success in a male dominated society.

Millicent Anyango who was orphaned at an early age, and a mother of six has managed to think out of the box, saving her poverty threatened household from incessant pangs of hunger. With a young family and a husband merely eking a living, Anyango has developed a strong economic support base that has now morphed the family.  “I decided to join a Non- Governmental Organization (NGO) known as GIZ which trained me on making jikos called Rocket stove. I worked with this organization from 2008 to 2013,” she said.

Thereafter, Anyango joined another NGO, Integrated Association of Kenya (ISAK) where she improved her skills in making jikos. The portable multipurpose jikos use both firewood and charcoal. The range includes ‘Jiko Smart’, ‘Jiko Kisasa’ and ‘Chepkube’ type, which have an oven. Others are Rocket stoves that use firewood and are mostly used in schools, hotels and incinerators in hospitals and boilers.

Anyango says it takes five to six hours to make one jiko in a permanent house, while it can take up to 12 hours to install the same jiko in a semi-permanent house since has to construct a strong cemented foundation to hold the jiko. “If a customer has all the materials required for the work, we negotiate labour charge but if the materials are mine, then I charge Ksh15, 000,” Anyango said.

Anyango started up her own company known as JIROMI agencies, where she has two partners. This company majors in making jikos and training of both men and women in the activity. The company also engages in construction and is currently building an administration block at St Mary’s Nyang’ao Secondary School.

She says she got motivated to join the male dominated work when she saw a woman who was repairing bicycles in Rongo town. “I get calls from clients in different parts of the country such as Mombasa, Eldoret, Machakos to construct the jikos,” she said. The jobs enables her to pay fees for her children and meets other basic needs.

Her first born is a second year in university, second third and fourth in high school and the last two in primary school. Anyango’s desire is to see other women working hard and advises them to take up male dominated jobs instead of waiting for their husbands to put everything on the table.

She urges men to support their wives to startup businesses in the informal sector.

“If your husband has given you an opportunity to work just like me, please grab that but don’t get involved in other things apart from your work,” she said. She said that she is ready to teach other women the skill so that they can benefit from it because the venture is marketable countrywide.

Her biggest challenge is discrimination from a society that looks at her through feminine lenses. She cited a time when she went to work in Machakos, where a female client expressed reservations at her ability to deliver. She was disappointed, but proved the client wrong by delivering a quality jiko.

Edwin Rori, one of her customers, said that he knew Millicent through friends who told him that she makes wonderful jikos. The jikos are durable, cook faster, use less firewood, emits less smoke and prevents diseases. Rori added that he trusts the work of women because they value their work and always try to be perfect.

NEXT: Inspiring lessons from a teacher who sells fish