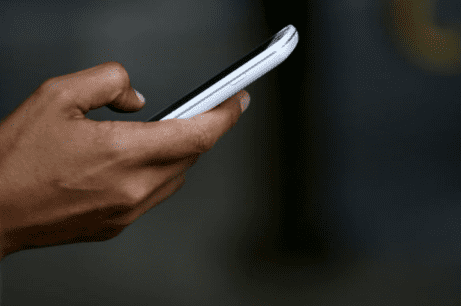 A user clutching on his android phone. Mobile firms operating in Kenya could be selling data for commercial gain

Kenyan financial institutions have a lot of money, that is why lenders, pension funds, investment banks have no qualms investing in treasury bills and bonds because they are certain although the interest that accrues is small, they will retain their capital.

Similar courtesy is not extended to Micro, Small and Medium Enterprises (MSMEs) which account for more than 90% of all businesses in the country and contribute 30% to Kenya’s Gross Domestic Product (GDP).

The reason behind that is easy to understand, corporates and other big businesses are able to leverage other assets like title deeds to acquire loans while the government will be obligated to pay its creditors in order to take up more loans.

Another reason would be that the big financial institutions deem the cost of establishing a borrower’s creditworthiness too high for small amounts hence the stalemate. All this while, the mwananchi who does not own such assets is left high and dry.

This is where mobile lenders come in. They advance unsecured loans mostly targeting an emerging ‘middle class’ person aged 25 to 34 years and earning a daily income of US$2-US$20 (Ksh200- Ksh2000).

If the traditional institutions have over the years shied off from lending to the MSMEs why do the mobile lenders find it so convenient to dish out their money to this class of Kenyans?

Business Today through a series of interviews with mobile lending CEOs has established that digital apps mine users data to build credit scoring algorithms that in turn gauge the creditworthiness of a borrower.

In an interview with this publication in October, Tala East Africa Managing Director Ivan Mbowa confirmed that the organization harvests data from a borrower’s smartphone including mining sensitive contact information which is used to gauge the likeliness of a default.

“There are so many things that we look at like how you list your contacts. So, in the past research has shown us that those who put first name and last name in their phone books are actually correlated with a higher chance of repayment of loans,” said Mbowa.

Besides that, digital lenders also mine behavioural data from their customers.

In their privacy policies, some of the mobile lenders state that they are part of international groups with data centers around the world and that data collected from customers may occasionally be transferred to other countries, including some whose data protection environments may not be as vigilant as the ones in which the customer is located.

Whereas banks charge an interest rate of 14-15% per annum, the mobile lenders charge 12- 180% interest per annum with some going as high as 300%, particularly for microloans.

According to Enwealth (financial services firm), CEO Simon Wafubwa who spoke to Business Today in another interview, these conditions amount to cannibalising on mama mboga (preying on the micro-entrepreneurs) by widening the wealth inequality gap since large businesses continue to access credit at much more friendly rates.

The key questions that have arisen since the emergence of the applications are whether it is ethical to spy on someone in order to build their credit score, where is the regulator? and is public data safe in the hands of the lenders?

Meanwhile, the mobile lenders have remained unregulated despite the lenders themselves forming an association to self regulate, the Digital Lenders Association of Kenya (DLAK).

By existing outside the regulatory configuration that has accorded the banking industry its restraint and ethics, the FinTechs (Financial Technology firms) have managed to do what banks still struggle to do; give everyone access to debt by the click of a button.

Financial Focus 2019, a report authored by financial services and audit firm Pricewaterhouse Coopers (PwC) Kenya- warns that the data might be worth billions to the mobile lenders through commercialisation.

“In the absence of a Data Protection Act and a Data Governing Authority, consumers in Kenya are vulnerable to unscrupulous undertakings of unregulated FinTechs including commercialisation of data for advertising, product development, population control and a deluge of other uses,” reads the report.

In the last 6 years, Kenya has attempted to pass three Data Protection Bills, two in the last one year.

The first bill was sponsored by the Senate through its Committee on ICT and the second by the Ministry of ICT. Both bills were in the course of the year subjected to public participation fora but not much traction has been observed subsequently.

It is also worth noting that Facebook is the most unpopular social media site after the Cambridge Analytica Scandal that exposed how the political consulting group mined millions of user data from the social media platform without their consent for political advertising purposes.

With that in mind, it is also possible that the data mined by the mobile lenders could end up in the hands of the local or foreign governments.