It led to Facebook’s tumultous year, as Cambridge Analytica exposed the dangers posed by institutions that opt to profit from all the data individuals give them.

One year on from the scandal that shook the digital age, it seems some countries took steps to guarantee data protection. Months into the expose going public, the European Union (EU) General Data Protection Regulation (GDPR) became applicable to its member states, two years after it had been adopted in Brussels.

Although the timelines for GDPR were in force before the Cambridge Analytica scandal was exposed by international media, the conversation the scandal started saw data protection take on a new lease of life in ethical considerations for the digi-space.

One year on however, much of that seems forgotten in Kenya. Institutions continue to rack up more of your personal data in exchange for services rendered. Yet, these institutions are not accountable as to how this data is shared.

Kenyans still complain of random promotional messages that come from their mobile operators even when they have not subscribed or interacted with certain companies.

It is not a stretch of the imagination if one was to ponder whether the data harvesting that saw Cambridge Analytica make use of information of Facebook subscribers could still be in effect in the country. At the very least, even if it were happening, there is no law to guarantee it from not happening.

[Read: You can now delete personal details on Facebook]

If the trend continues, then the alarm bells sounded by last year’s Cambridge Analytica scandal will end up falling on deaf ears.

This will leave Kenya in a precarious position, as the General Elections are barely three years away. A prevalent legacy of Cambridge Analytica was its influence on voting, especially in the US elections that saw Donald Trump become president and the UK’s Brexit vote.

With allegations also pointing at President Uhuru Kenyatta’s use of Cambridge Analytica — allegations that he denied — then a lack of data protection will leave the country in a perilous state as it approaches 2022.

[See Also: More than meets the eye in Uhuru’s hug with TV presenter] 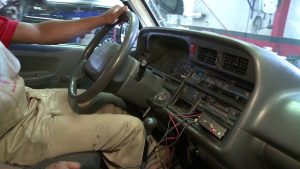