A Kenya Power staff reads an electricity meter. The utility company undertook to establish a billing query counter at its commercial offices countrywide so as to promptly resolve such queries.

Nairobi lawyer Apollo Mboya and the Electricity Consumers Society of Kenya have reached an out of court settlement over billing.

According to the agreement reached on October 19, which was deposited in court when the matter came before Justice Chacha Mwita for mention on Monday, Kenya Power undertook to only bill consumers in accordance with the electricity tariffs set by the Energy Regulatory Commission and the charges for fuel cost charge and foreign exchange fluctuations prescribed by ERC in the Kenya Gazzette. Where such billing is based on an estimate, the customer shall be entitle to have the bill reviewed against the actual meter reading upon request.

Customers who may have issues regarding their bills following the migration to the integrated customer management system (inCMS) in Nairobi and its surrounding in September 2017 and the countrywide rollout in November 2017 will have one month to lodge queries with Kenya Power.

During this period, Kenya Power will not disconnect such customers. The utility company also undertook to establish a billing query counter at its commercial offices countrywide so as to promptly resolve such queries.

In addition, the company will accord the Electricity Consumers Society of Kenya an opportunity to make a presentation at a public forum it will hold to ventilate and articulate electricity consumers’ concerns.

Kenya Power will also foot the cost of the case.

Mboya and the Electricity Consumers Society of Kenya moved to court after Kenya Power issued consumers with with inflated backdated electricity bills to recover Ksh 10.1 billion contained in their Annual Report and Financial Statements for the year ending June 30, 2017.

The company claimed the money was outstanding since it did not want to raise power charges during an election year. 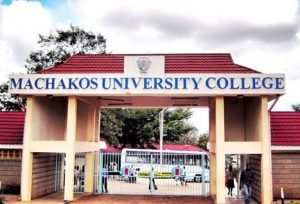